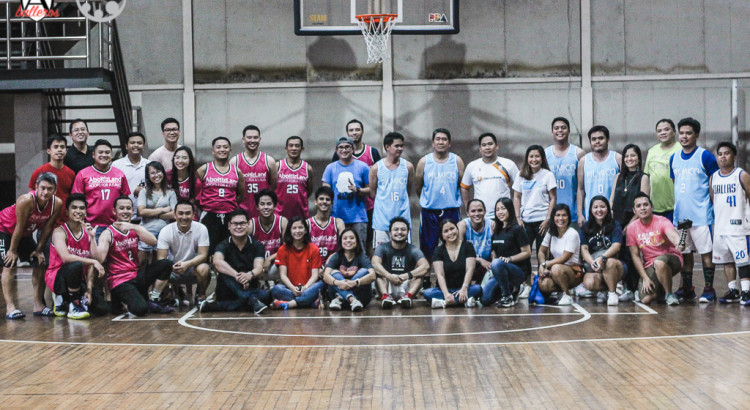 Basketball is a sport much loved in the Philippines that in almost every corner, every barangay, every organization, and every school, you will find a team of players dedicated to the game. Naturally, our A-Club program has a group dedicated to the sport called the A-Balleros.

The club is a mix of basketball fanatics who have professional and non-professional experience on the court, and of course, from different Aboitiz business units. (Talk about #Teamwork!) These players were brought together not only by their love of the game but for the love of keeping true to the Aboitiz value of responsibility.

Recently, the A-Balleros held their second run of ‘Hoops for a Cause’, which aims to raise funds for a chosen charity while engaging A-People into playing and supporting the beloved sport.

Back in 2018, this started as a friendly competition between AEV and AboitizLand, and it created waves, until we decided to have a mini-tournament. The amount of support we’ve received from the A-People is overwhelming and I am reminded of how truly proud I am to be part of this organization. The value of Teamwork and Responsibility is definitely manifested through this event.

The mini-tournament started with a round-robin competition. Last September 30, Hoops for a Cause II held its battle for third and championship game at the Treston International College, BGC, Taguig City, which was attended by A-People from the different business units who wore their team colors to cheer and show their support.

For the battle for third, AEV and AP went head to head resulting in a win by AEV with a 74-35 score. Bernard Mamuad of AEV was hailed best player of the game tallying an impressive stat line of 16 points, 12 rebounds, and six assists.

On the other hand, AboitizLand and Pilmico also put on a show for the championship showdown. After an action-filled ball game, AboitizLand escaped a thrilling match as they beat Pilmico with a final score of 61-42. To highlight the champions, they have swept all opponents and remained undefeated. Earl Morado earned the finals MVP honors recording an impressive 16 points, eight rebounds, and three steals performance.

This became an instrument to break barriers and an avenue to strengthen bonds among team members from across the SBUs by way of healthy competition through sports. But among all these, what is most captivating to see is the support of our team members along the way, that is how you define #Teamwork”.

The outstanding players of the entire league were also recognized: Joshua Yu from AboitizLand was crowned league MVP with his stellar performance, averaging 15.3 points, 8.3 rebounds, and 3.0 assists per contest while also joining the Mythical Five selection. Joining him are: Eric Diones (AboitizLand), Bernard Mamuad (AEV), Jimmy Daguman (AP), and Jose Fernandez (AboitizLand)– players that remained consistent in putting a good performance in the entire tournament.

A total amount of PHP47,398 was raised from the tournament which was split among the business units to be used for their own CSR initiatives. For AEV, AboitizLand, AP, and Pilmico donated their funds to their annual Christmas Outreach program, whereas for SNAP, they donated their funds to Tsinelas Initiative.

Want to play ball and at the same time do it for a cause?  Get in touch with Francis Estolano at francis.estolano@aboitiz.com to join the A-Balleros today!