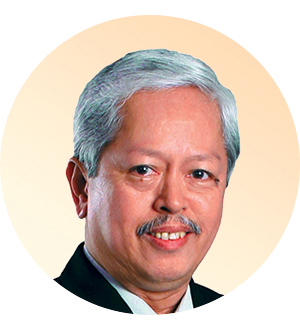 After 41 years of continuous and dedicated service, Jovy retired from the Aboitiz Group effective August 31, 2016.

Jovy graduated from college as an Aboitiz scholar in 1975. He first joined Aboitiz as a financial analyst in the Aboitiz Engineering Services Corporation. He quickly rose from the ranks and built his career as a homegrown leader in the Group. He took on various managerial roles in finance and accounting functions in the shipping business, and became AVP for Finance in Aboitiz Air Transport. In 1993, he moved to the Hedcor as VP for Finance, and later became the Chief Financial Officer. In 2004, he ventured into operations and became the EVP and COO of the Oil Business Unit. Jovy took on the leadership of Therma Mobile, Therma Marine, EAUC, and CPPC, enabling these companies to provide AP Generation the additional power supply boost. Jovy received the Don Ramon Aboitiz Award of Excellence (DRAAE) in 2003.