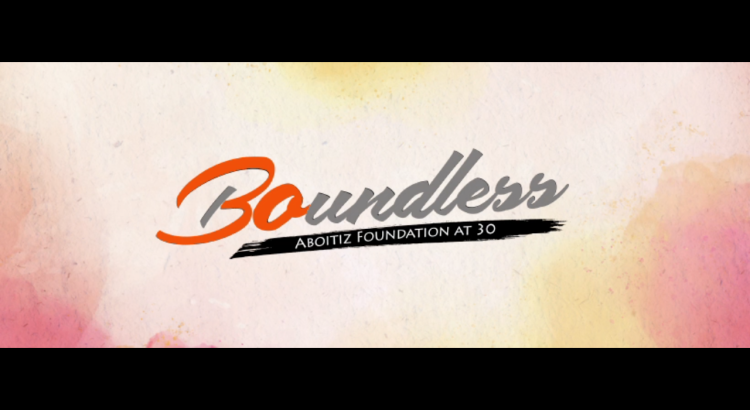 In the cool mountains of Benguet, Paulino Enrique, a cut-flower farmer, wakes up early at the break of dawn to prepare for the harvest of the season. In Davao City’s town proper, Margarita Pulledo carefully arranges freshly-baked loaves of bread, ready for sale at a bakery run mostly by persons with disabilities. And in Cebu City, high school valedictorian Junie Valendez readies for his first day as an electrical engineering major — grateful for the opportunity to study, and excited for the countless possibilities the new school year has to offer.

Aboitiz Foundation believes that when hearts and minds are aligned toward advancing business and communities, the possibilities for growth are boundless. It is committed to creating boundless opportunities and partnerships through initiatives in the areas of education, enterprise development, and the environment.

We believe that uniting all the Aboitiz business units (BUs) — all aligned toward co-creating communities that are safe, empowered, and sustainable — is the most powerful tool to deliver deeper and lasting social impact to more communities. We have set our sights toward a shared vision: to bring about sustainable change that will impact the lives of all our stakeholders today and in the generations to come.

Flagship projects under education include the purposive college scholarship program and the development of special science elementary schools (SSES) and technical-vocational (tech-voc) high schools. To date, the Aboitiz Foundation has already helped over 32,000 scholars like Junie and currently supports 50 SSES/tech-voc schools nationwide.

Meanwhile, the Aboitiz Foundation employs inclusive innovation in the management of its Enterprise Development program. Flagship projects under enterprise development include “Mahalin Pagkaing Atin” (MPA), a campaign introduced in mid-2014 which aims to promote sustainable entrepreneurship through the promotion of local produce, as well as microfinance for livelihood projects similar to the ones run by Paulino and Margarita. A total of 867 families and organizations have already been provided with MPA livelihood kits, while 3,309 families now have access to credit. 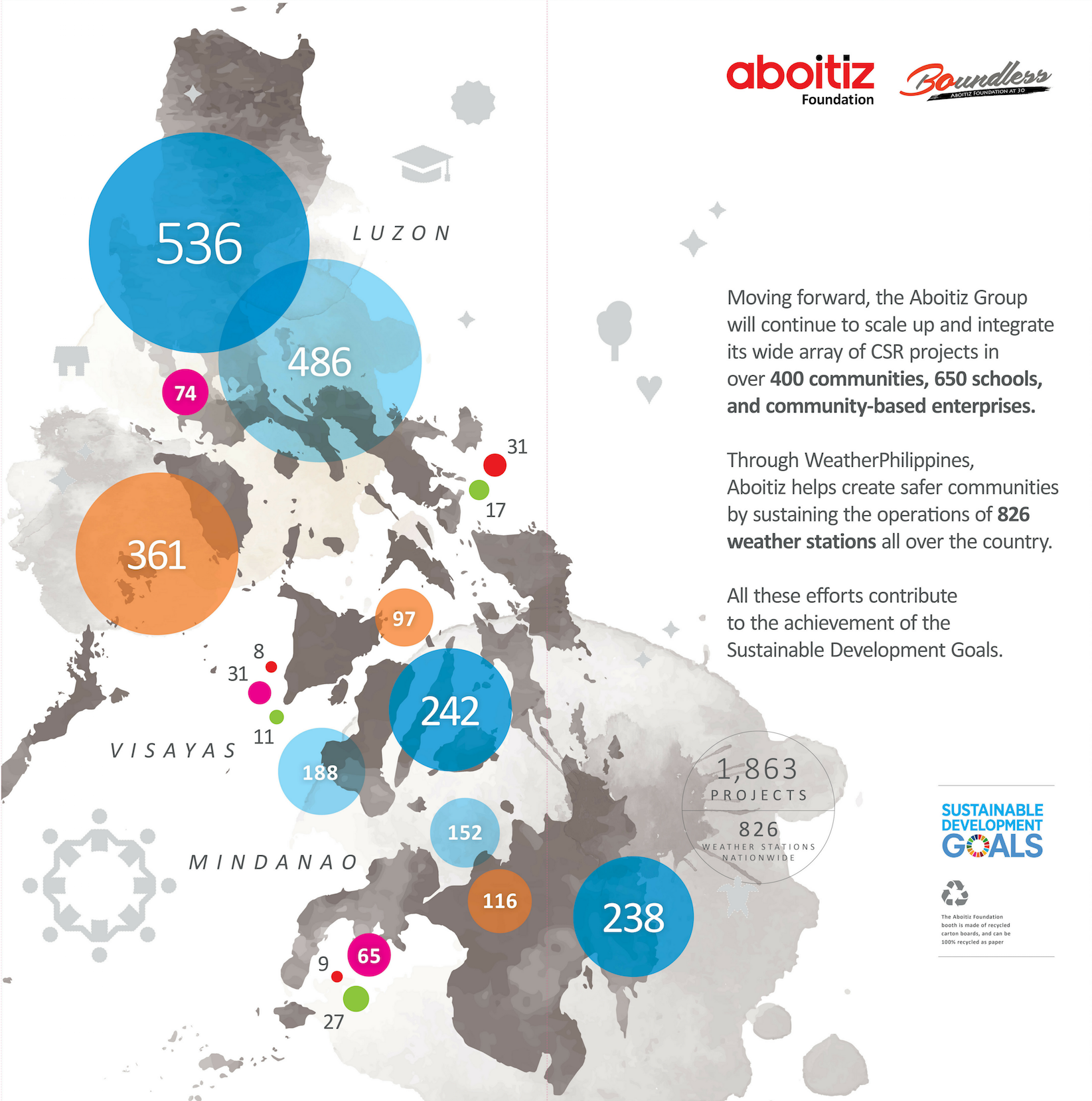 In addition, the Aboitiz Group operates the Aboitiz Cleanergy Park, an eight-hectare outdoor biodiversity park in Davao City that is home to the critically endangered hawksbill sea turtle (pawikan) and 66 other species. And as a manifestation of the company’s core values of integrity, teamwork, innovation, and responsibility, the Aboitiz Group also implements Aboitiz Race to Reduce 2.0, a program that further reinforces the group’s commitment to resource efficiency as well as minimizing operational carbon footprint.

In three decades, Aboitiz Foundation’s CSR initiatives have evolved from one-time donations to carefully-designed programs that empower beneficiaries to pursue their aspirations — beyond their limitations and circumstances.

The significant number of Filipinos living below the poverty line, the alarming number of an unschooled populace, and the seemingly unchanging lack of preparedness among communities whenever a disaster strikes are just some manifestations that underscore the need for us to still do a lot more. The country’s social challenges keep us determined more than ever develop solution-focused, scalable, and sustainable CSR programs that will truly create a positive impact on the lives of our fellow Filipinos.

The challenge to do even more continues, and with great energy, passion to serve, and more meaningful partnerships — Aboitiz Foundation commits to deliver, and be boundless.

To celebrate its 30th birthday, Aboitiz Foundation brings to life a platform that allows everyone to be part of various social cause campaigns, sharing opportunities to help create a kinder world in just a few clicks. As your Netflix for advocacies, KINDer offers limitless ways of doing good. It connects us to inspiring stories behind the social causes and makes us part of the collective efforts that change lives positively.