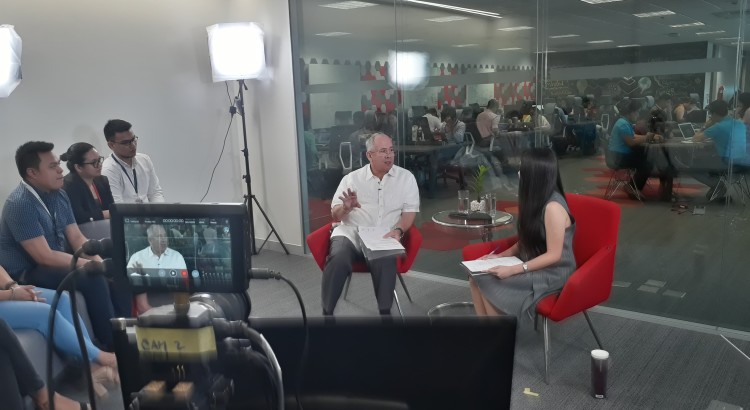 In the latest episode of An Hour of R2R, Aboitiz Group President & CEO Erramon Aboitiz sat down with host Lorenne Alejandrino (AEV Reputation Management) to discuss resource efficiency, the organization’s platforms in support of it as well as his own “life hacks” to reduce, reuse, and recycle.

R2R, or Race to Reduce, is the Aboitiz Group’s resource efficiency and carbon footprint reduction umbrella program that aims to instill among team members the importance of the Reduce, Recycle, and Reuse (3Rs) mindset to the environment. The program was held on July 4 at the a.Lab Digital Studio and was livestreamed on AGORA where it has, as of this writing, logged over 1,400 views. Also joining EIA in the studio by Aboitiz Group sustainability stewards from AEV, AboitizLand, Pilmico, Aboitiz Foundation, and UnionBank.

Read on for some highlights.