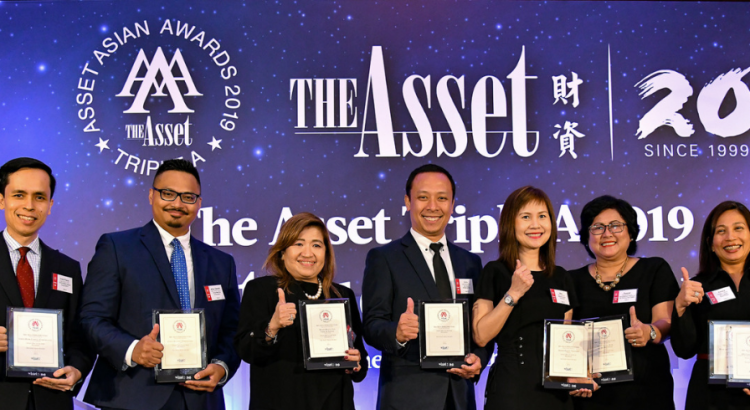 Under the PHP9-billion 15-year Project Term Facility, a consortium of lender-banks financed the development of the Davao City Bulk Water Supply Project (DCBWSP) of the Davao City Water District (DCWD). It will support a rapidly growing economic hub by providing a sustainable, reliable, and safe supply of water to more than a million residents of Davao City.

Once in operation, the DCBWSP will also be the country’s first water treatment facility to be powered by a renewable energy source.

This would not have been possible without the synergy among the teams involved, specifically, DCWD, AIC, JVACC, AEV Treasury, AEV Legal as well as our partner banks and counsels. The project is the first of its kind here in the Philippines where we are utilizing the ‘water-energy nexus’ concept. It would harness the water from the Tamugan River, converting it to renewable energy, which would power the treatment facility to provide safe drinking water to Davao City. 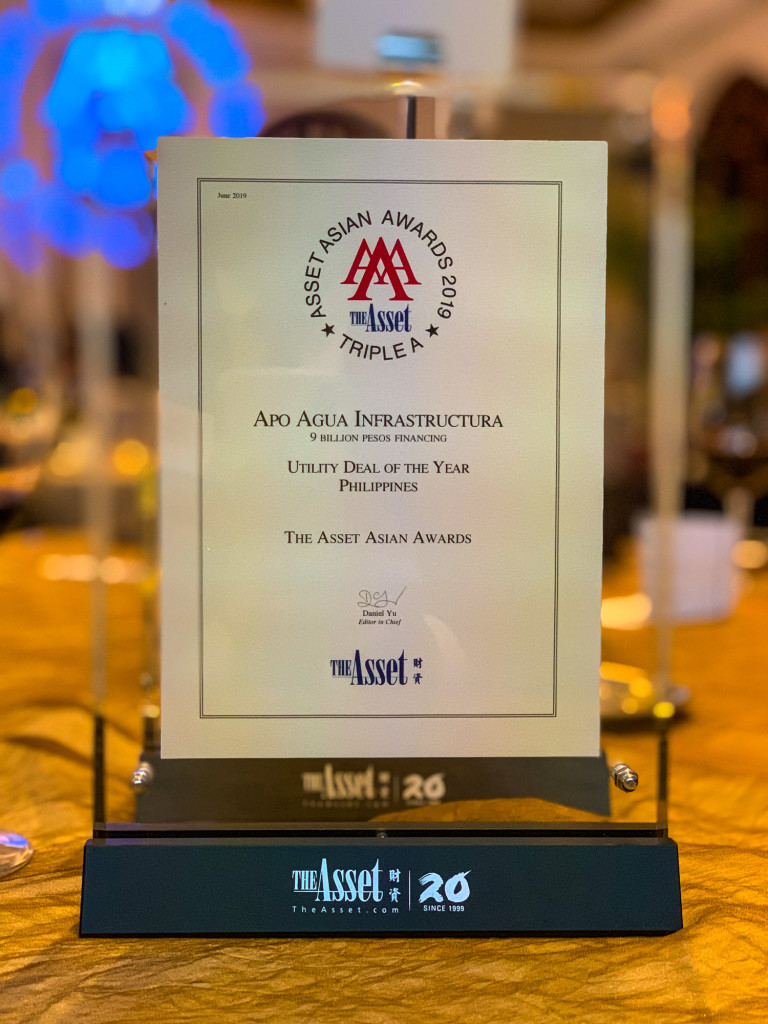 BPI Capital acted as Mandated Lead Arranger and Bookrunner while the consortium of lender-banks is composed of Bank of the Philippine Islands, China Banking Corporation, Development Bank of the Philippines, and Bank of Commerce. BPI Asset Management and Trust Corporation acted as Trustee and Notes Facility Agent for the loan facility, which was signed in November 2018. Picazo Law and Sycip Law were the external counsels for the project financing deal.

Apo Agua is the first water venture for Aboitiz InfraCapital, AEV’s infrastructure business. The bulk water project kicked off its three-year construction phase in November 2018 and is targeting commencement of operations by the first half of 2021.

The Asset Triple A Awards are Asia’s preeminent recognition for excellence in various industries and its annual Triple A Infrastructure Awards supports the importance of infrastructure to the region’s future. May Peñaloza, AEV Vice President Project Finance and Trade Solutions, and Ones Almario, AAII General Manager, represented the Aboitiz Group at the awards ceremony held last June 24 in Singapore.