Aboitiz has been known to be a values-driven organization that prides itself on honing talents that exude service excellence and creating a work culture that puts importance on having different perspectives and ideas from our team members.

With the many initiatives that are accomplished within the year, all of them are directed by the organization’s core values— Integrity, Teamwork, Innovation, and Responsibility. These values are always at the core of every project, the foundation on which the Aboitiz culture is built and proven over the test of time to be successful in continuously advancing business and communities today and for the years to come.

The annual Aboitiz Equity Ventures (AEV) Local Team Awards is just one of the many ways to recognize the team members and their projects who live out and apply the core values into their work. These awards are eligible for Aboitiz Equity Ventures and AEV-Managed Business Units including Aboitiz Foundation, Inc. (AFI), Aboitiz InfraCapital, Inc. (AIC), WeatherPhilippines Foundation (WPF), and Weather Solutions, Inc. (WSI).

Their projects are the living proof that our team members have helped Aboitiz deliver the group purpose of driving change for a better world, hence only a rightful acknowledgment for their efforts is in place. In Aboitiz, recognition and appreciation for the loyalty and hard work of our A-People never go unsung, which precisely makes the AEV Team Awards one of the most anticipated awards to look forward to in the organization.

The AEV Team Awards had a different format a few years back when they were called “Inspired by Passion Team Awards”, which highlighted the Aboitiz previous brand differentiators. After 10 years, the refreshed format of the team awards now puts focus on the organization’s core values, on which the Team Awards categories are based. The new format was introduced in 2018, and it is only fitting to take a glimpse back on the winning projects before we head on the project’s second year:

Projects that are nominated under this category managed to deliver their promise in terms of improving customer service to attain high satisfaction from our customers. These projects were also successful in expanding our markets and customers. 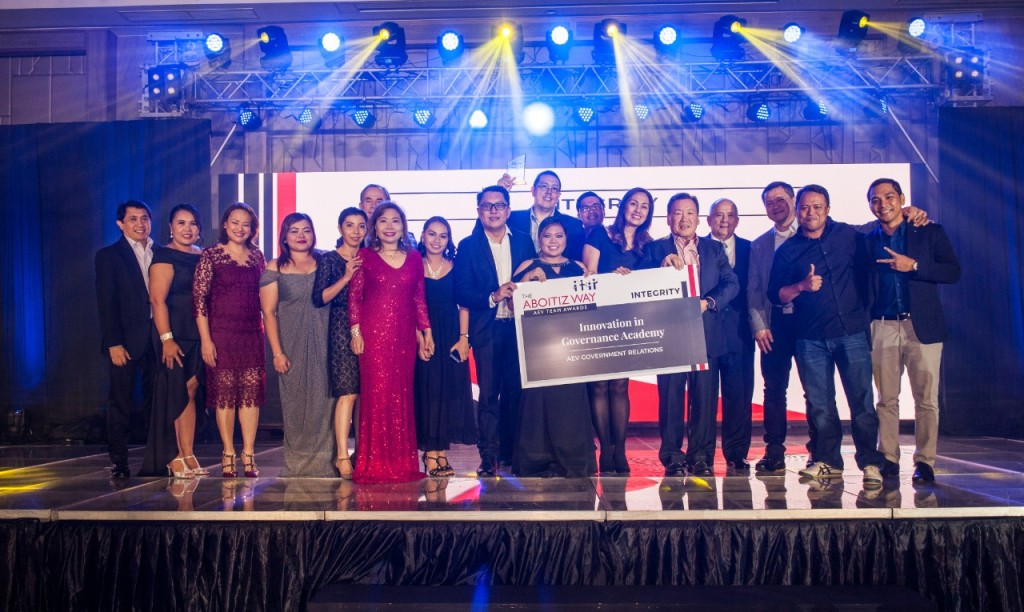 Practicing integrity to deliver highly satisfactory customer service with their work is led by example by the AEV Government Relations team. Their vision to excel in growing the business is presented with their Innovation in Governance Academy project where this program focuses on promoting a culture of innovation and excellence in governance and public management. They partnered with the public sector in order to contribute to individual development by equipping civil servants with the right tools and skills to ensure efficient execution of their roles. Truly, this project exemplifies Integrity in the Aboitiz Way.

Nominated projects for this category champions a collaborative environment between teams, inter-CSUs, or across the group. These are projects were able to breakdown silos and created a significant increase in team member engagement. 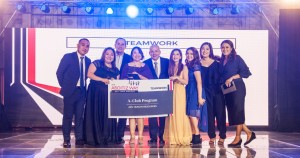 With the interest of creating a collaborative environment across different teams, the AEV Human Resources Team was successful in creating an avenue for A-People to expand their network by sharing their hobbies and meeting fellow team members with the same interests.

The A-Club program was able to recognize a number of clubs fulfilling its purpose to increase team member engagement, where these clubs were able to come together and execute multiple projects that are not only based on their common interests but also CSR oriented.

Introducing novel, fresh, and unconventional projects to the Aboitiz Group are prized in this category– projects that are, in a sense, breakthrough and one of its kind in the business. 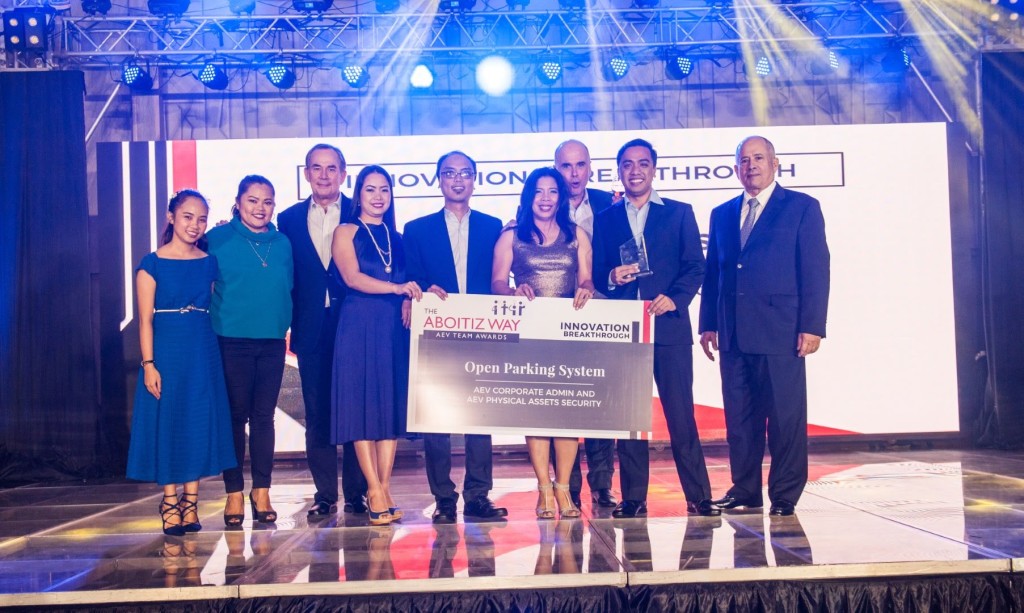 The AEV Corporate Admin and AEV Physical Security Assets’ dedication to creating modernized initiatives bagged this award with their Open Parking System project. This platform successfully gave its target users access to check and reserve parking slots anytime, anywhere– a first of its kind in Aboitiz, making the project truly deserving of this award.

On the other hand, this category focuses on projects that strive for continuous development may it be in service, process, or product of the business. Initiatives that promote efficiency in service and resource optimization are duly recognized. 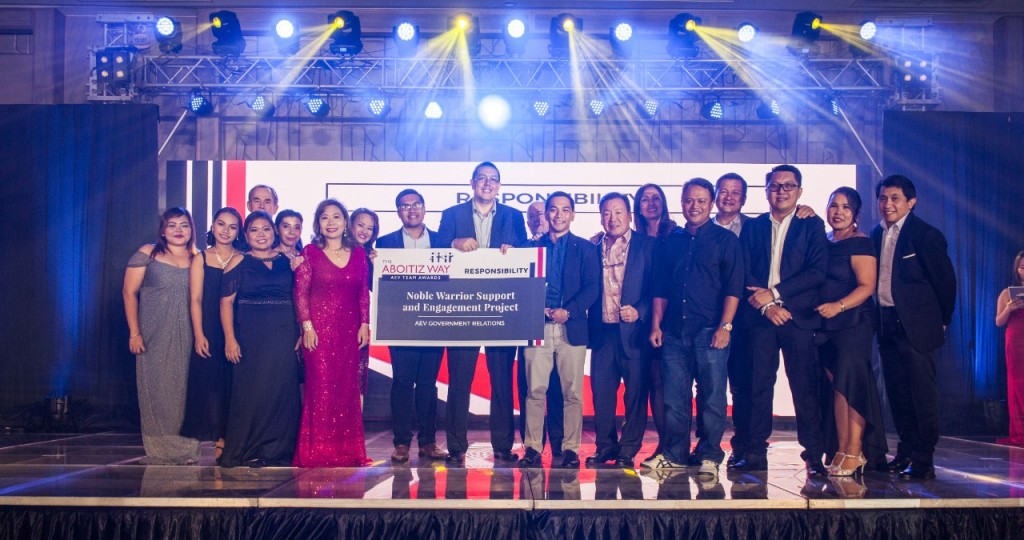 The AEV Government Relations Team’s constant pursuit of excellence was showcased as they were chosen to win under this category. Their hard work on this project was recognized with their unrelenting passion to innovate and to improve. The Passport-On-Wheels and NBI Project was able to bring DFA and NBI closer to the A-People creating fast and hassle-free applications while not compromising productivity hours in the office.

These are projects/initiatives that are recognized in this category advocates sustainability and vigilance to our communities and environment. This also includes initiatives that create a balance in involving all stakeholders to make them accountable for the successful projects that they took part in. 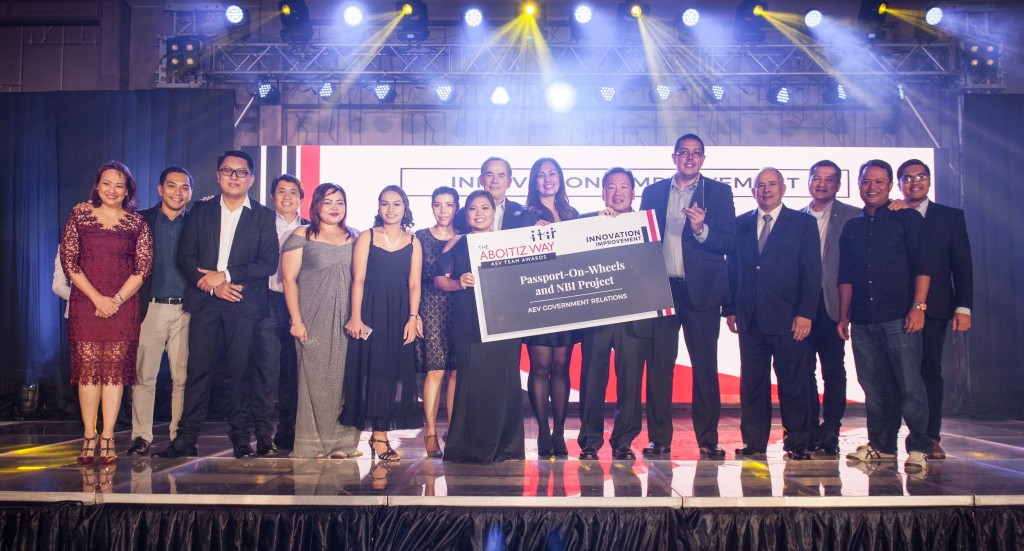 The Noble Warrior Support and Engagement Project bagged this award for its effective empowerment of wounded soldiers, bringing safety to our troops on and off the battlefield, and extending aid to support them in their missions. This project was an avenue for these soldiers to rise up again through technical training and knowledge for sustainable bakery management.

AEV Government Relations, who championed the successful project and lived out the value of responsibility outside of the workplace, were prosperous in instilling hope in the hearts of our heroes.

2018 was a year filled with innovative and game-changing projects that deserved each and every one of the titles that they won. However, the recognition of these exemplary projects does not end here. After winning their titles for the AEV Local Team Awards, these projects are automatically entered for the Groupwide Team Awards which includes all the Local Team Awards winners from the different Business Units across the Aboitiz Group.

It is truly is an exciting time to showcase the collective effort and hard work of the A-People in keeping their promise in driving change for a better world and all it takes is one simple idea that can have a ripple effect for the entire organization.

Winners of the 2019 Aboitiz Way Local Team Awards will be announced on September 13 at the AEV-AP Recognition Night.