A critically endangered Hawksbill turtle was saved today at the Aboitiz Cleanergy Park in Davao City. Following the assessment by both Department of Environment and Natural Resources – Region XI (DENR-XI) and UP Los Baños School of Veterinary Medicine, the pawikan, named Agdao, underwent a simple procedure to remove an 8-inch arrow that had been lodged in its neck, which caused a large lump to grow and leaving its head angled several degrees to the left. 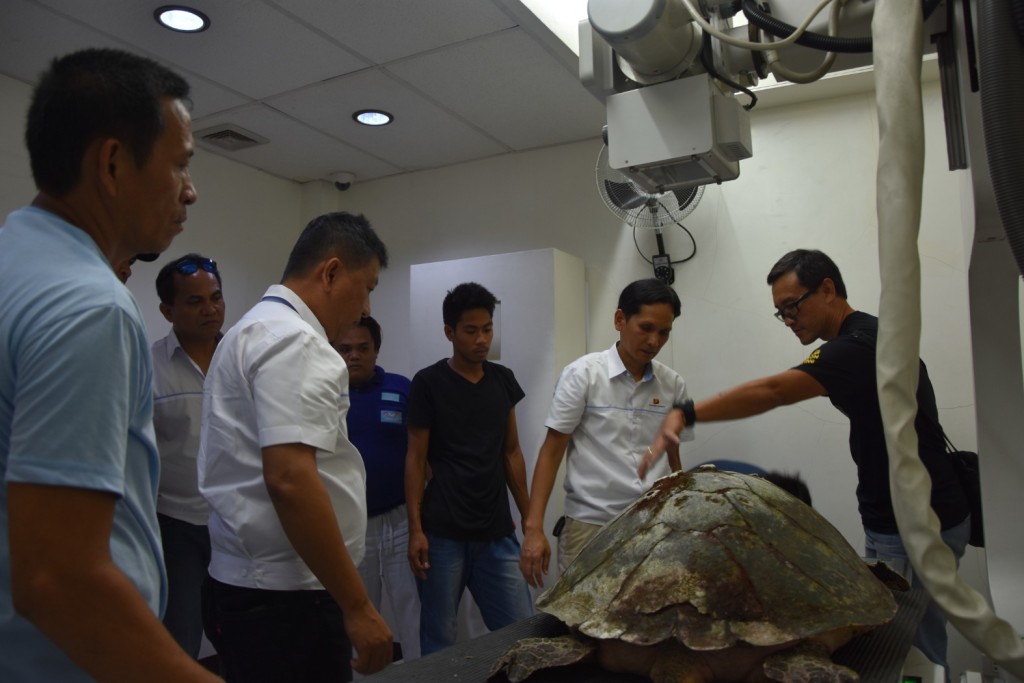 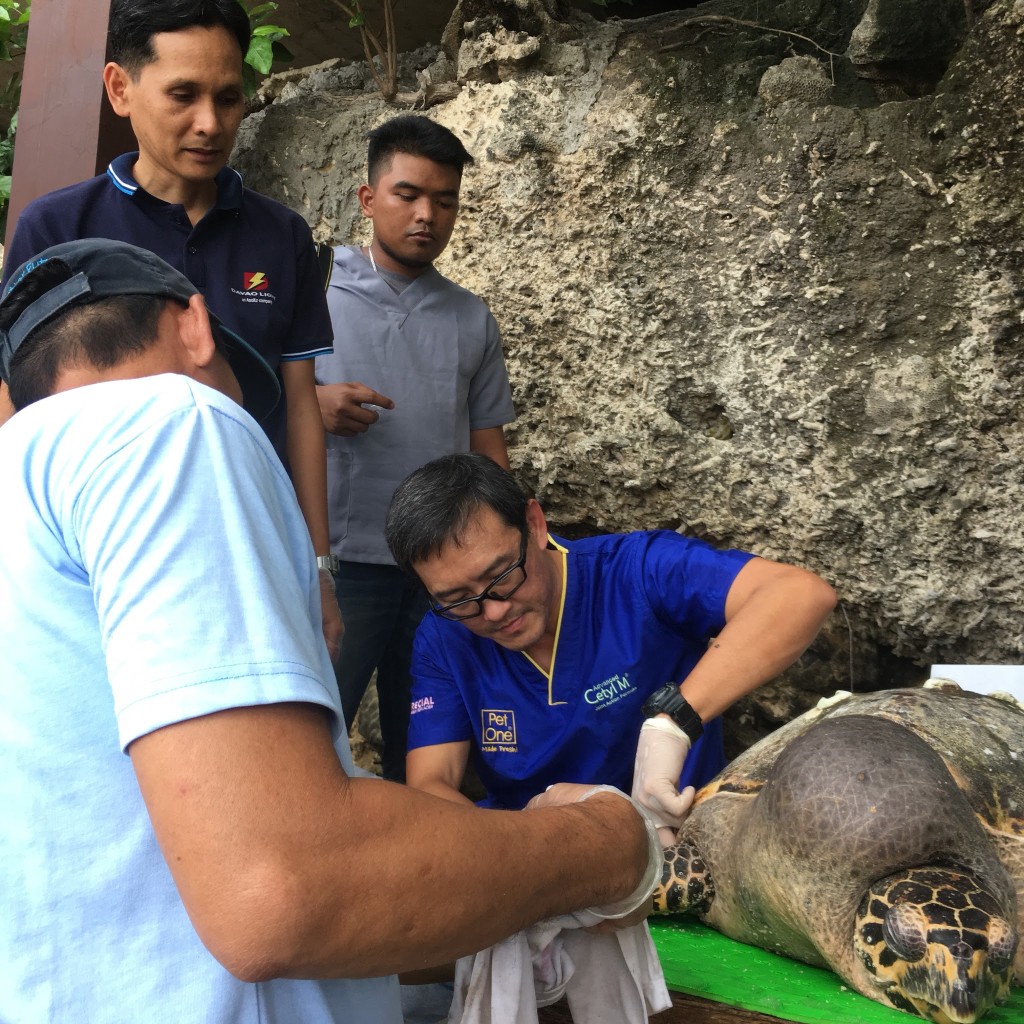 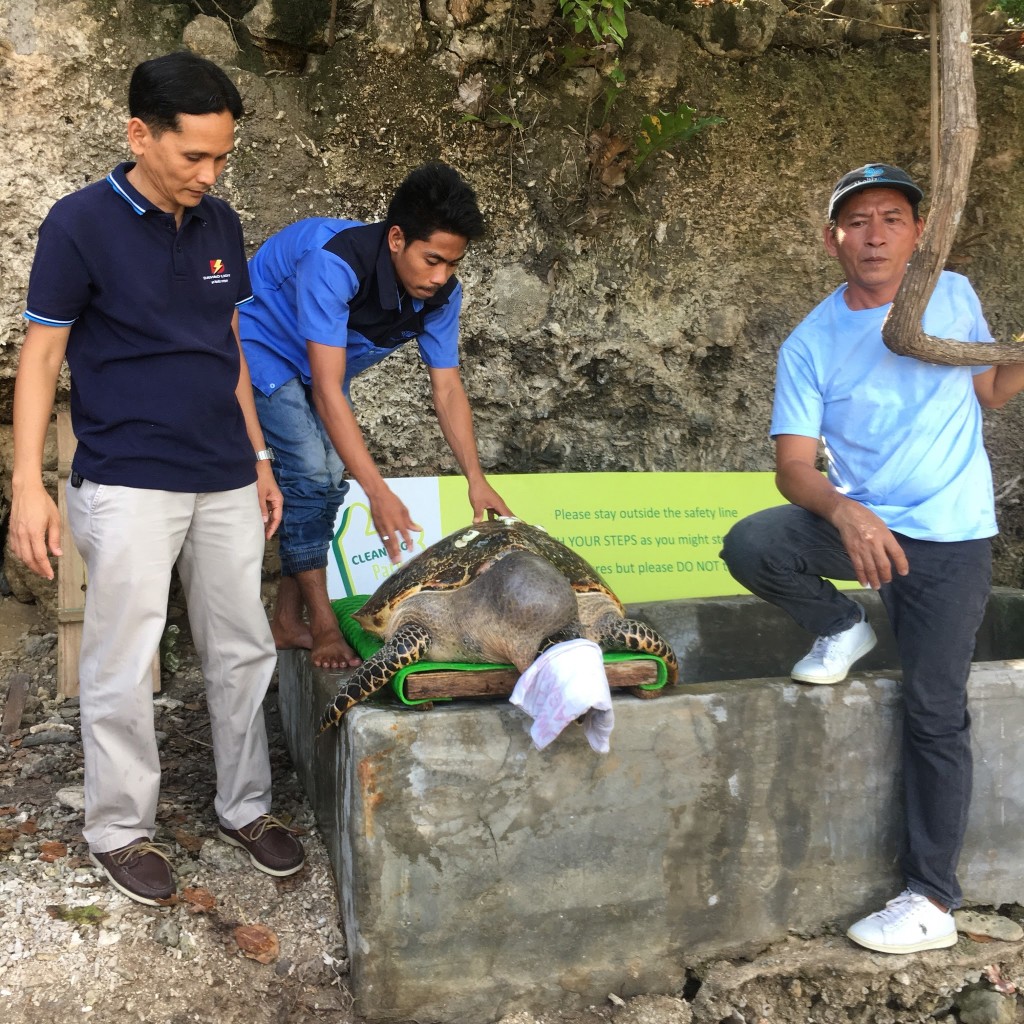 [UPDATE] At a press conference, Dr. Ken Anthony Lao, Aboitiz Cleanergy Park’s resident veterinarian, shared details on the procedure he performed to extract the arrow from its neck, and an update on the turtle’s condition. 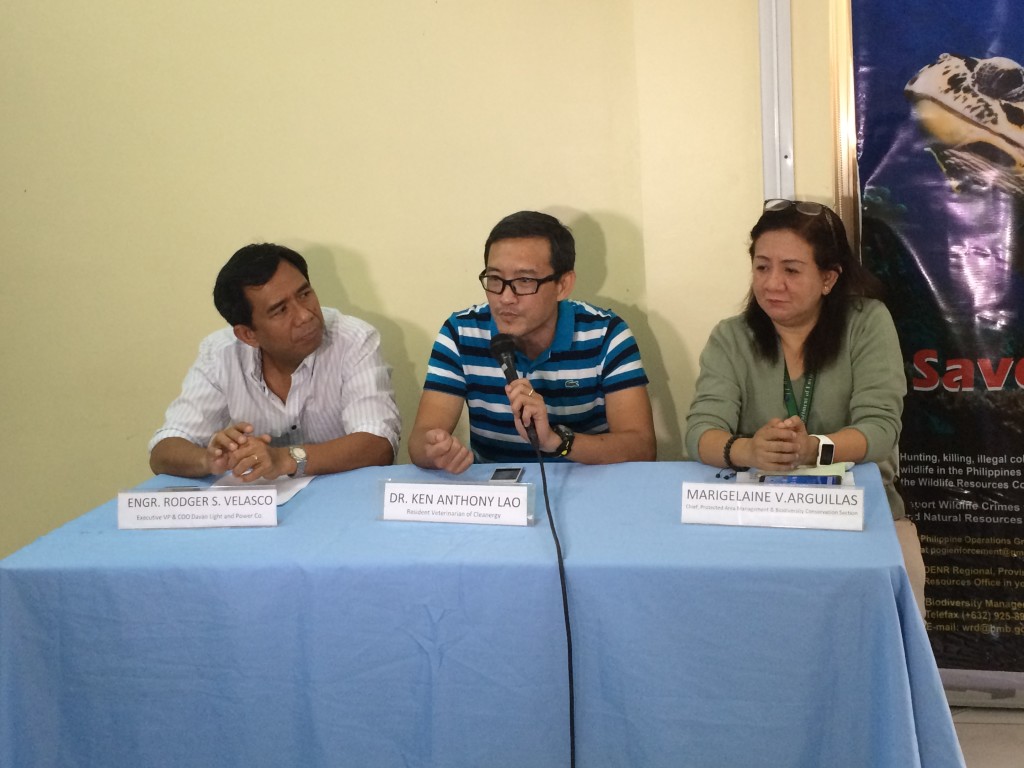 Local fishermen found Agdao in the waters of Agdao Centro, Davao City last April 6. DENR-XI immediately brought the pawikan to Aboitiz Cleanergy Park to be examined and given proper veterinary attention. It is now recuperating well under the care of the veterinarians, with no additional surgery recommended.

Aboitiz Cleanergy Park prioritizes the protection and preservation of our endangered species. Quick coordination between the DENR regional office and the Park’s management made it possible for Agdao, and other Hawksbill turtles previously discovered in the area have been taken out of harm’s way. Today’s triumph is only one of the many inspiring things that take place in this biodiversity preserve and pawikan sanctuary.

According to the World Wildlife Fund, Hawksbills help maintain the health of coral reefs. As they remove prey such as sponges from the reef’s surface, they provide better access for reef fish to feed. They also have cultural significance and tourism value. For example, for local residents in the Coral Triangle, the flow of visitors who come to admire turtles is a vital source of income.

To learn more about hawksbill sea turtles and find out how you can help Aboitiz Cleanergy Park in making a better world for the pawikan, go to Aboitiz Foundation’s official website.