Earlier this year, Aboitiz Equity Ventures (AEV) launched the AEV A-Clubs initiative. This aims to give our A-People opportunities to participate, create, and be involved with various interest- and hobby-based activities. Team members may also widen their networks by recruiting new members and making new friends within their group!

After its inception, projects from the newly formed groups were launched, shared, and enjoyed by a wider number of audience, promoting work-life balance in the workspace. In line with the objective of sharing the wonderful projects organized and launched by our A-Clubs, we will be releasing series of feature articles here in Aboitiz Eyes, under a new segment called “A-Clubs in Focus.”

Ready for the first one? Meet the ‘Sew Very Happy Club.’ This Cebu-based group intends to educate people on different sewing techniques, and later on apply what they’ve learned by creating a wide variety of products from scratch. 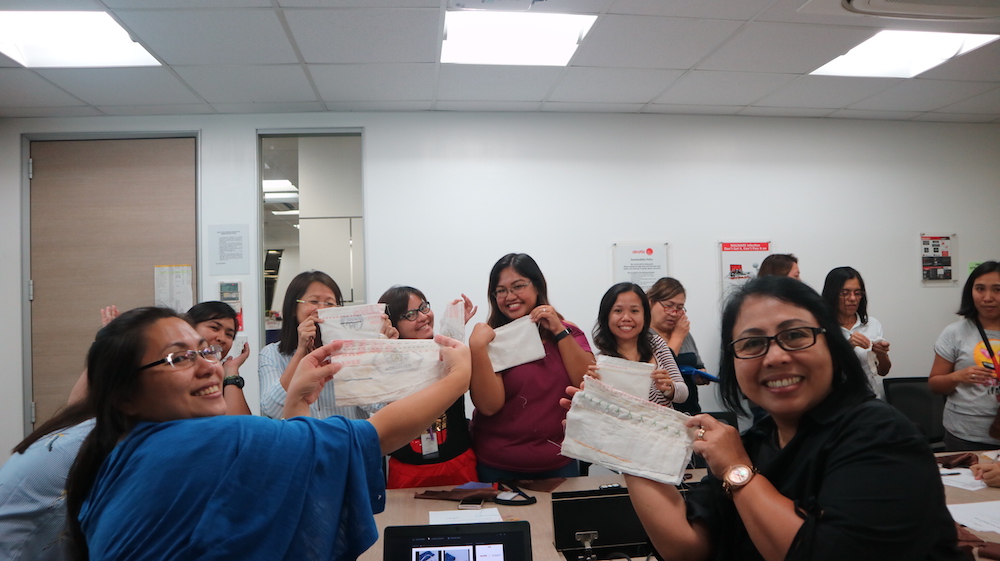 The club conducted its first general meeting on April 13, 2018. It was attended by members who were “sew” eager to hear and learn basic hand stitching and its uses. The meeting/workshop was conducted by Anna Cielo Oblianda, an AEV team member.

A new and fun learning experience

Hand stitching requires effort and patience. Most members have tried it during elementary years. But for them, learning and doing it again is always fun. The different stitches were discussed and demonstrated followed by hands-on exercises. These stitches are Basting, Running, Catch, Blanket, Whip, Slip, Back and Chain Stitch.

From threading their needles to doing the actual stitches, the club members had a rewarding and meaningful time, finishing their craft with utmost finesse. 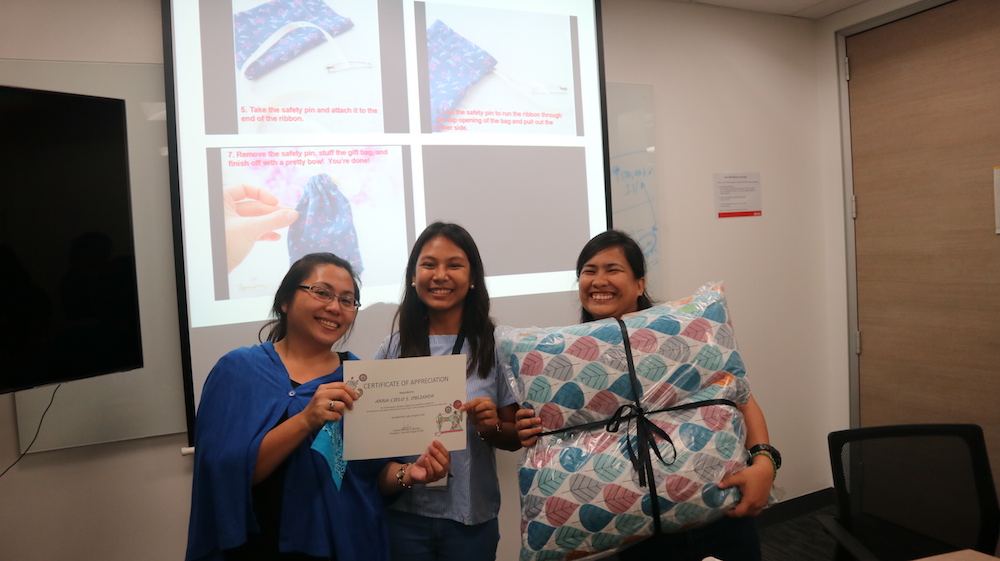 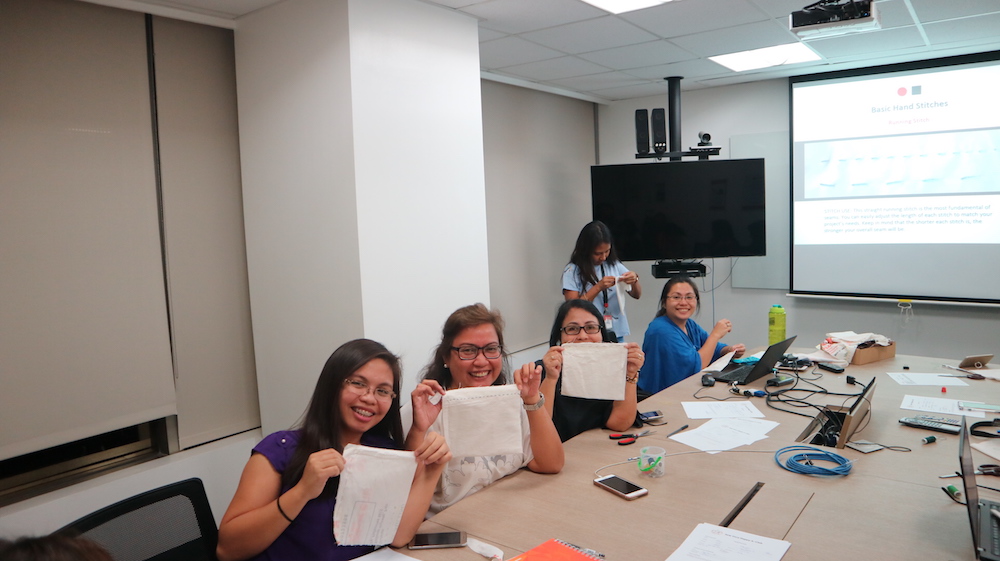 Always apply what is learned!

After the first meeting, each member was told to make a small gift bag using their preferred stitches. The following materials were used: fabric piece (7” X 11”), 3/8” ribbon, safety pin, needle, and thread.

All the members are “sew” delighted to share the Sew Very Happy Club’s first-ever masterpiece. Take a look: 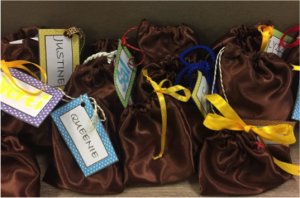 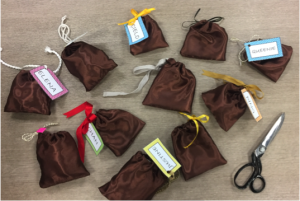