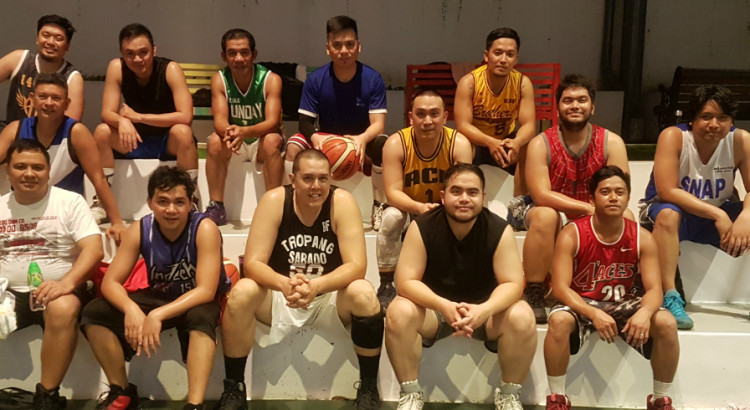 Here in the Philippines basketball is more than just a sport, it is also a social and cultural phenomenon. Even here in the Aboitiz Group, basketball enthusiasts clamor for a weekly or monthly huddle in the court. They love the game but usually have no free time to enjoy a nice game on the weekends. Knowing that there are a lot of basketball fans here, AEV hyped up their passion and formally created a group under the A-Club Program where they can have a channel of uninterrupted communication all about their favorite sport.

Because of the A-Club Program we are starting to build relationships with other BUs. I feel that this initiative has helped us break silos across different levels through basketball. With this, we are now rallying to create projects that would both bring us together as well as contribute to the CSR initiatives of Aboitiz Foundation.

The A-Balleros is one of the 10 recognized A-clubs. From the club name itself, you can say that at certain situations their life motto is “Ball is Life”. They take pride in knowing the history of the sport and everyone involved in it. Even before A-Club was launched, the members would rally to form a team that would represent in sports fest or even just for a simple friendly game after office hour. The club, in coordination and partnership with various business units, aims to have a weekly/monthly get together to play for camaraderie and fitness.

The club also intends to branch out and invite basketball teams from other BUs for a game that would build a stronger relationship and better engagement. With the 1AP culture launch, the A-Balleros was introduced to the AP Basketball Group who had weekly basketball schedules. Currently, basketball games are organized and players from AEV, Aboitiz Power, SN Aboitiz Power, and AboitizLand. These groups come together for basketball scrimmage, and subtly, relationships and connections are being built during these friendly games.

Please watch out as they bounce their way in for their first charity game! They would also like to invite other basketball enthusiasts to join their group of A-Balleros. For interested would-be A-Balleros, you may contact Francis Estolano of AEV HR.