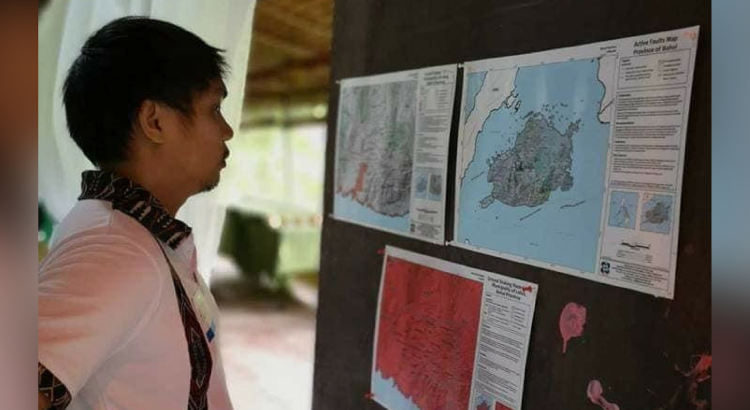 CULTIVATING UNDERSTANDING. The participants of the training learned how to read geohazard maps, an ability necessary for plotting steps to protect themselves from natural disasters.

The natural and man-made disasters that have struck the island province of Bohol in recent years have highlighted the significant role of community-based disaster preparedness. Early this year, leaders of six barangays in Loboc took a step towards enhancing their capabilities in this area by completing a two-day training course on disaster risk reduction and management in order to better handle calamities.

The training benefits 16,000 residents in areas that have been identified as flood- and landslide-prone by the Bohol Provincial Disaster Risk Reduction and Management Office (PDRMMO).

I am very happy that AboitizPower and Aboitiz Foundation extended their time and knowledge to provide disaster training like this. We have been waiting for this for a long time.

Aboitiz Foundation and WeatherPhilippines team members, the Department of Science and Technology, and the Mines and Geosciences Bureau of the Department of Environment and Natural Resources were resource speakers at the forum.

The Philippines is among the countries most vulnerable to natural disasters. Rapid population growth and global warming have contributed to increasing their social and economic costs on the country in recent years. This places greater emphasis on reducing the risk of natural disasters through funding and training.

The community-based training is designed not only to build resilience among its members but, more importantly, to mitigate risks caused by natural disasters and strengthen disaster management capacities of stakeholders.

AboitizPower advances business and communities through initiatives such as this, energizing the country while integrating social development in its operations.