On a bright sunny morning of July 29, 2017, pawikan tracks were seen on the shoreline of the outdoor biodiversity park, popularly known as the Cleanergy Park located at Sitio Punta Dumalag, Matina Aplaya, Davao City.

The tracks led to the discovery of a pawikan nest in the park, the 5th for the year. The presence of a nesting mother pawikan in the Cleanergy Park is an indicator that the park is safe for propagation of the next generation of sea turtles. 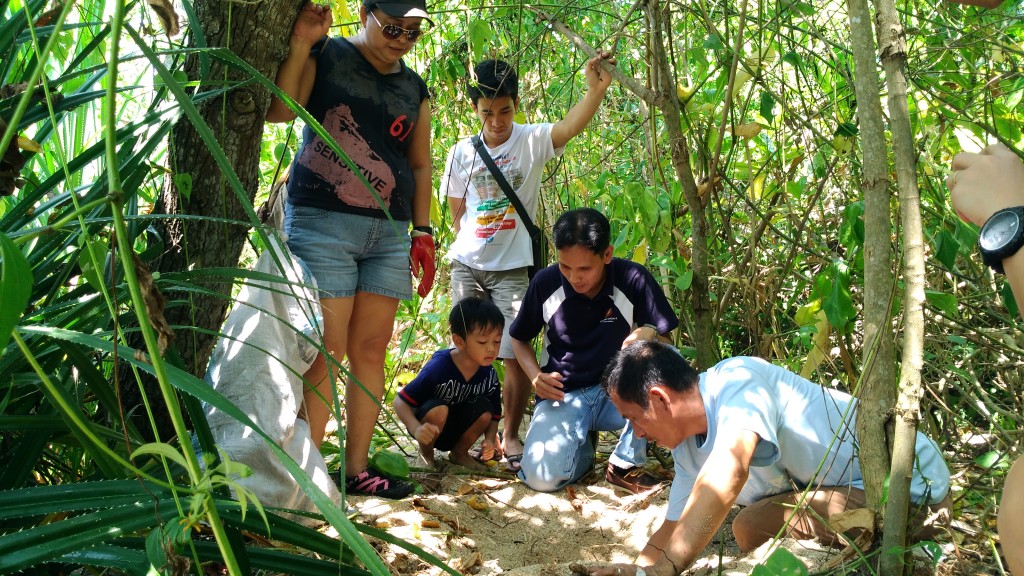 Fermin Edillon, Davao Light and Power Co., Inc.’s Community Relations Manager, led the team that verified the tracks and confirmed that there is a nest. The same mother pawikan is expected to be back in two-weeks time to lay her next batch of eggs. A female pawikan is known to lay eggs three to five times in two-week intervals during mating season.

Moreover, the eggs are expected to hatch in the next 50 to 60 days. By then, it will be determined under what species they belong.

Cleanergy Park is a project of Davao Light, a subsidiary of AboitizPower, in partnership with Aboitiz Foundation. It is a biodiversity park that aims to preserve the pawikan nesting grounds, be a home of many thriving bird species and help maintain ecological balance for other sea and land creatures. Davao Light together with the Aboitiz Foundation will remain committed in carrying out its campaign for the conservation of this pawikan sanctuary for a better world.