The Department of Environment and Natural Resources (DENR) has extended the implementation of its National Greening Program to 2028 in order to revitalize what it cited as the remaining unproductive, denuded, and degraded forestlands nationwide through reforestation initiatives. The Aboitiz Group took this opportunity to renew its partnership with DENR by signing a memorandum of agreement that will continue to include the A-Park program into the next phase of the collective action, which is now known as ENGP or “Expanding the Coverage of the National Greening Program”.

The MOA signing event was held at the Aboitiz Taguig Corporate Center on June 4 in line with World Environment Day on June 5. DENR Sec. Roy Cimatu, through a message delivered by Usec. Jonas R. Leones of the agency’s Policy, Planning, and International Affairs office, said that partnering with organizations in the reforestation efforts of the National Greening Program is among its strongest features that have played a big role in its success over the years.

I express my heartfelt thanks to Aboitiz Equity Ventures and Aboitiz Foundation for teaming up with DENR once again for the attainment of 9 million trees under the A-Park project. The MOA signing [today] signals the start of the second phase.

It is heartening to know that working towards your corporate objective would also mean addressing poverty alleviation by engaging the services of local people in forest activities like seedling production, plantation establishment, and maintenance and protection, among others.

The ENGP recognizes the significance of the private sector’s contribution to the advocacy and seeks to attract partners in tree plantation development and forest protection projects as a measure to achieve carbon neutrality. This July, Aboitiz team members and stakeholders will once again go on an annual pilgrimage beyond city limits to make a statement for the planet via the annual Simultaneous Tree Planting (STP) activity — part of the A-Park program — and plant an estimated 95,000 seedlings nationwide. 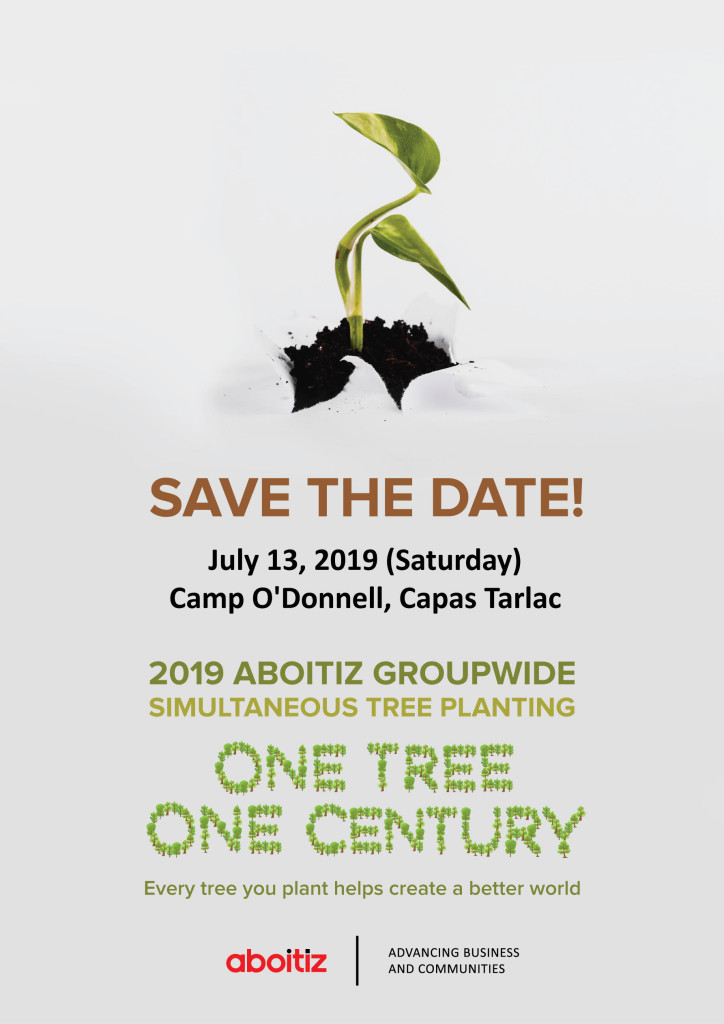 Aboitiz is on track to reaching its 9 million trees target by 2020, after planting a total of 6.6 million trees by 2018 through the STP. Completing this target would also mean that, by the end of 2020, an estimated 189,000 tons of carbon dioxide (tCO2) will be converted into oxygen or the equivalent of about 9,000 hectares of lush reforested areas, or more than 37 times the size of Bonifacio Global City.

We strongly believe and adhere to the DENR’s mandate to protect the environment and we anchor our initiatives to the ENGP to sustain ecological balance. Our enduring partnership with the DENR for community-based forest management is a testament to our shared responsibility and highlights our contribution to the United Nations Sustainable Development Goal on Climate Action.

Since 2010, Aboitiz team member volunteers have gathered to plant indigenous trees at chosen sites in various parts of the country, in the commitment to environmental stewardship. Aboitiz is currently one of DENR’s active ENGP partners.

“This MOA signing is a crucial step towards ensuring continuity in making a positive impact on our national development. It represents the essence of the Aboitiz Group purpose and brand promise: to drive change for a better world by advancing business and communities,” SMA added.

Under the MOA, DENR will offer additional support by mobilizing all its bureaus, attached agencies, and DENR regional offices to provide support for the implementation of the A-Park project; providing  technical assistance in identifying possible site, for planting and species-site matching; and assisting in the documentation of planted trees, which includes geo-tagging, plantation registry, and mapping, among others.

The Aboitiz Group is investing almost half a billion pesos as part of its carbon management program. Other environmental programs include waste reduction through the group’s “Race to Reduce” program and the Aboitiz Cleanergy Park, home to the critically endangered hawksbill turtle or pawikan. All these programs are strategically implemented among all Aboitiz business units. 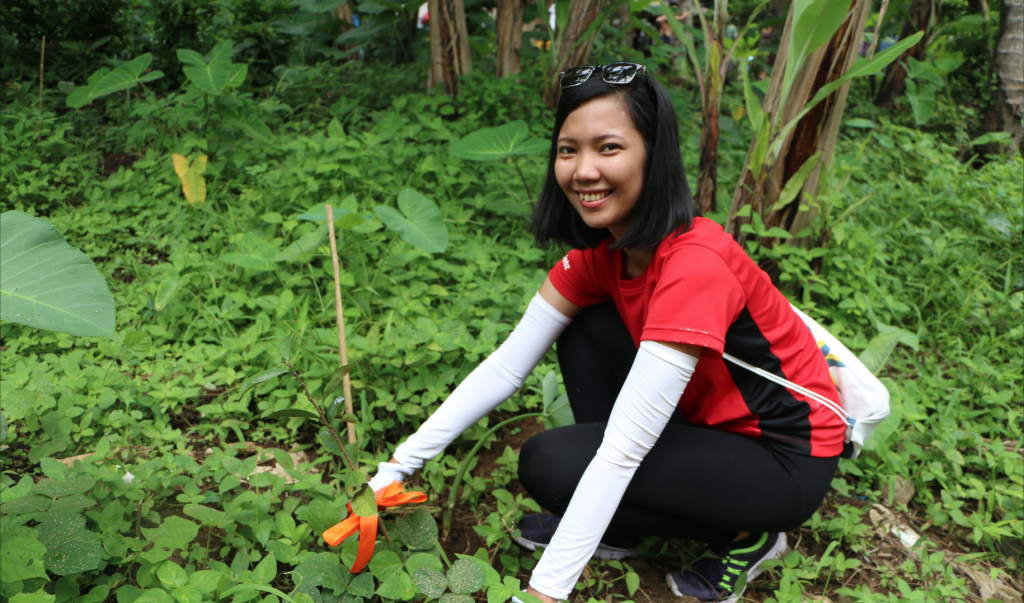