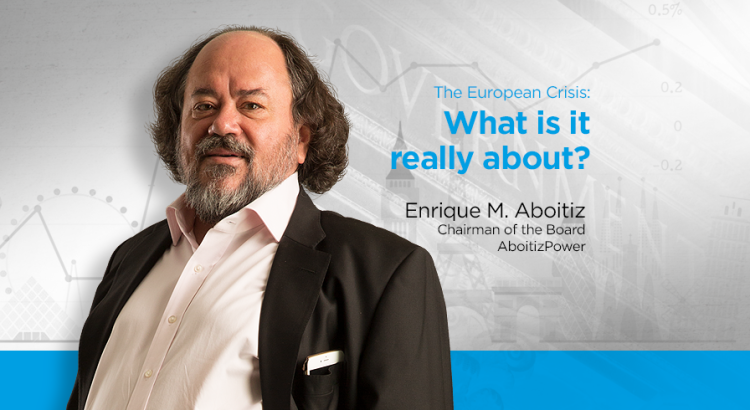 Argentina is a classic example of the worst of Europe.

The Europeans have been living off someone else for a very, very long time.

The Romans from their colonies, Spain from the silver and gold of Latin America, the British from the Indian, and the Chinese opium trade — every one from slaves. And the French left us the legacy of Charles de Gaulle — Nobel Prize winner for stupidity.

We are the cruelest of people. We have successfully spread the greatest hoax in history throughout the world — Christianity with the purpose of control, to abuse and to justify this cruelty to accumulate wealth. I say “we” because we Basques brought Europe to the world. Our navigators brought the Spanish to the world. Without us, these Castilians would have sailed up the Guadalquivir. We burned people at the stake for absolutely no reason. We invented the principle of Divine Right for Royalty, the Trinity, the Virgin Mary and all kinds of absolute bullshit. The peak of our cruelty game in the 20th century was when we wiped out, in the cruelest of manners, around 100 million people in two world wars, millions of people into ovens. What kind of animal does this?

We should be ashamed to be Europeans. If we had any decency, we would walk around apologetically — especially if we are German. And we are worried about the Chinese taking control of the South China Sea because it is right below their country. And we are all with Kennedy and against Castro. What is the difference?

Over the past 500 years, Europe has lived off its colonies — taking from them and selling to them. We go to war twice and twice we asked the Americans to go get us out of the mess we find ourselves in. Then after World War II, the Americans, for their own interest, rebuild us and Japan by giving us money, buying our goods, protecting our trade, and coming to visit us. Are we grateful? NO. We envied them because we think we are better. So we try to do one better with el estado del bienestar (a welfare state) and hurt ourselves royally.

We are deep in debt.

We are deep in doubt.

We are deep in delusion.

Why don’t we push one out of the mud? Because we know he will leave us there and take all he can alone until he needs the rest for which he comes back.

Well, after all these centuries, the party is over.

The people that discovered and invented cannot invent anything any more. All the technology we use is found in the US of A. Steve Jobs enhanced and enriched our world. Google saves us our most precious resource: time. And we buy through Amazon.

All Europe does is give the world headaches and no solutions.

Europe is headed towards becoming the Disneyland of the Chinese, subservient to their schedules and their tastes.

You see, Europe is a very spoiled child that is hungry for attention because each of its pieces are serving no real purpose except to produce the best ham, wine, cheese, champagne, and fastest cars in the world, again, for the pleasure and enjoyment of others.

The Italians’ greatest invention is the Cosa Nostra. Now, what they are very good at and we must learn from is how to function in chaos. Nobody is better at this than them. Out of this comes tartufo. You smell that and you forget every care in the world.

What do we do really, really well as Europeans?

On its own, no one country can make enough noise or trouble to be heard.

Spain has stopped mattering a long time ago.

The French, who have mastered the art of being first class assholes, will soon move from being a great nation to a great parque de atracciones en forma de jardin.

The Germans have gotten really played by the rest — their balance sheet is loaded with contingent liabilities of all forms from debt to customers that are Greeks or Latins. These guys invented laziness and justified it with poetry, philosophy, and literature. Their risk profile is higher than Nigeria’s, or soon will be.

And now Brexit. Is it good or bad? We don’t know.

The Scots, the Catalans, the Flemish – they are having multiple orgasms. The trend exit has begun. Europe is going to really hurt themselves now. They won’t stop until they destroy everything like they have done before. This time without guns, without bombs, without ovens, and without killing anyone out right. They will do it softly. The frog is in the water and the heat is rising. It won’t jump out.

Or will they?  They keep doing dumb things but they have been doing this for centuries.  Will they now change because they have a larger threat — Russia. If they don’t stick together, the Russians could move into Eastern Europe slowly and Europe will be in a bind.  Russia is weak but they have an alpha male in charge.

Will the Americans prevent this?

This time around their American cousins won’t bail them out.

And if the Chinese do, it won’t be with American charity.

Now, they could solve this tomorrow. How? It is very simple.

Talk for half a day less a week and work half a day more. For 3 days a week they only have to go up to working 3.5 days a week. Just half of the week. That is all. But completely in dead slow but in fast ahead.

When countries or companies are economically weak they are in a dangerous place.