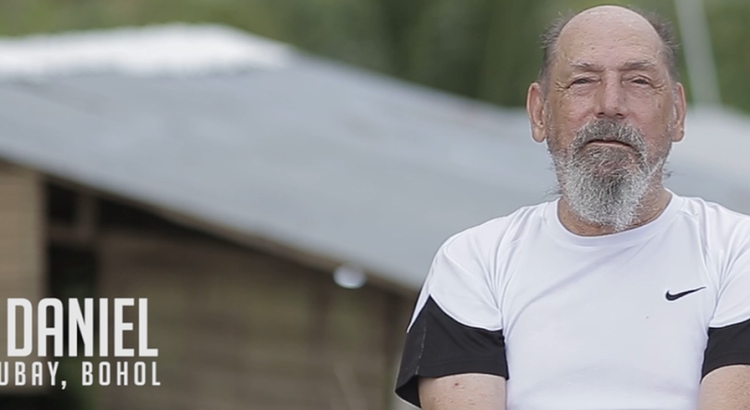 As a U.S. military retiree, Dale Daniel was keen on looking for a place to settle down in the Philippines. He and his wife Maristela moved to Ubay, Bohol in 2012 and started a backyard pig farm of their own in 2014.

Dale, who had no prior knowledge in farming or agriculture, mainly let his wife take the lead on managing their pig farm. Over the years, they slowly came to realize that farming can be a steady source of income, which encouraged them to expand their business. From five to seven hogs per cycle, they currently have almost 15 to 17 hogs, from sows, gilts, fattening, to piglets.

Glenn Dequenia, Pilmico Animal Production Specialist, has been helping the couple in growing what Dale described was initially a “hobby farm” for nearly five years now. Whether it’s taking a phone call to answer a question on their pigs’ health or dropping by for a visit, his exceptional support has been a significant factor in the Daniels’ trust of the Pilmico brand.

For the future, Dale and Maristela plan to further expand their swine-raising business and put up a farming cooperative to help their community grow in farming as well. What initially was a “hobby farm” is turning into a prime example of what being Partners for Growth is about. Through the husband and wife team, Pilmico is able to continue advancing business and communities with consistently high-quality products and services that they can pass on to benefit neighbor farmers.

Hear from the Daniels as they share about growing what initially was a “hobby farm” with Pilmico Feeds: