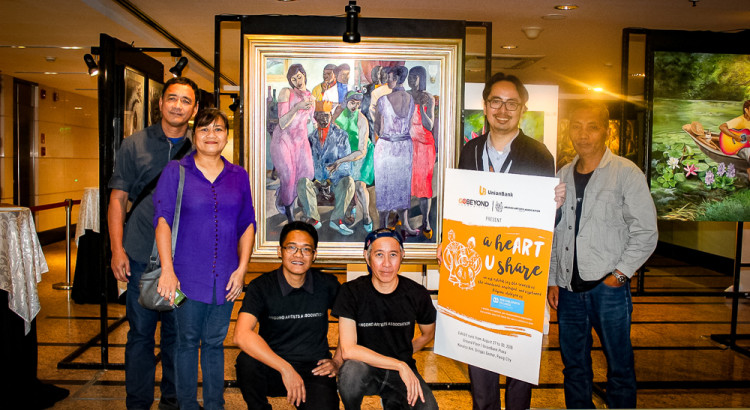 UnionBank’s award-winning GoBeyond Communities program encourages UnionBankers to promote our personal advocacies to gain greater support from fellow team members. As someone who hails from the “art capital of the Philippines”, Angono, Rizal, I have always wanted to promote our local painters at my workplace. This led to the idea of organizing a fundraising art exhibit called A heART U Share at the UnionBank Plaza.

Last August, with support from our key sponsors UnionBank HR CSR Manager Ilene Geronimo and UnionBank HR Director Michelle Rubio, we mounted the A heART U Share art exhibit (our third time) in partnership with the Angono Artists Association (AAA) at UnionBank’s headquarters in Ortigas.

Along with promoting and selling their impressive paintings, the Angono artists also help others by donating a portion of their sales to SOS Children’s Villages. The non-profit organization was chosen by AAA for its good reputation and advocacy of helping abandoned children. Paintings showcased at the exhibit evoked positive messages depicting childhood memories and Filipino culture and traditions.

According to Mr. Frederick Sausa, AAA President, they are thankful that they were given a chance to exhibit their artworks in UnionBank and at the same time to help in the fundraising. This was the first time that they had an exhibit in a bank as they usually have them in an art gallery or a mall.

The artists, accompanied by representatives from SOS Children’s’ Villages, were able to meet a new audience, art lovers and collectors from the banking industry including the special guests at the ribbon-cutting ceremony — our President & CEO Edwin Bautista, Commercial Banking Center Head Roberto Abastillas, and many more senior officers of the bank.

Art collections are a form of investment, especially if the artists are famous or world renown and the value of their paintings are appraised. Think of the likes of Angono’s own, National Artist for Visual Arts Carlos “Botong” Francisco. Truthfully, the Philippine art scene is very competitive. But while there are many artists who come from different places, there is one special reason that perhaps explains why there is a lot of visual artist in my hometown. Known as the Angono Petroglyphs, these rock carvings are the oldest known works of art in the Philippines and are said to be from before 2000 B.C.

We hope this project continues, both for the love of art and helping the community. 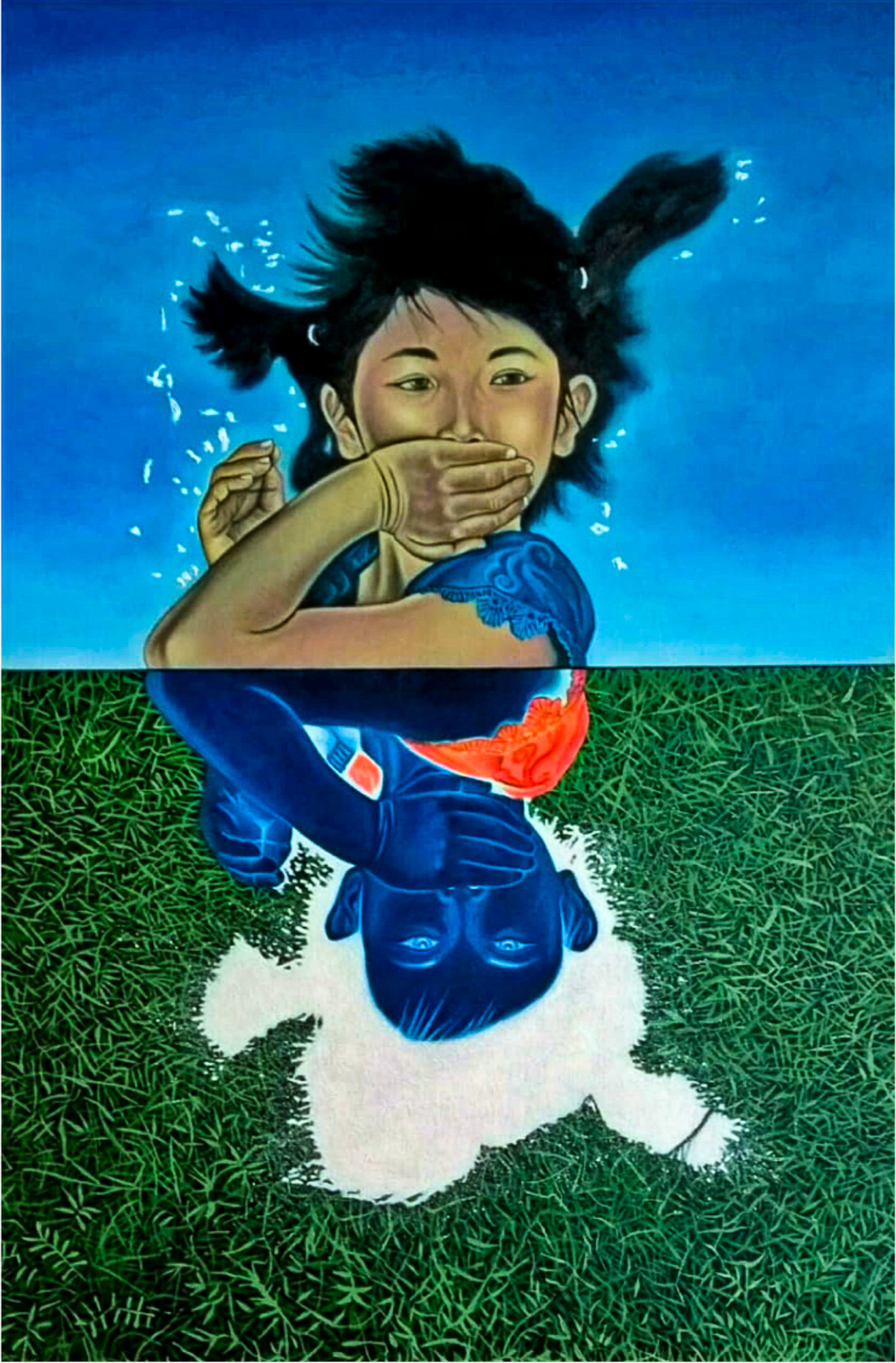 Shut Up! Keep Quiet!
(Inspired by the painting of the same title by Frederick Sausa)

When I was just a little girl,
I talk too much,
Because I want to say,
Everything inside my mind.

For me,
It is important,
That they know,
That I know.

That I am no longer,
A little girl,
I am a grown up,
Just like them.

That I am right,
I never tell a lie,
I saw what I saw,
And that is the truth. 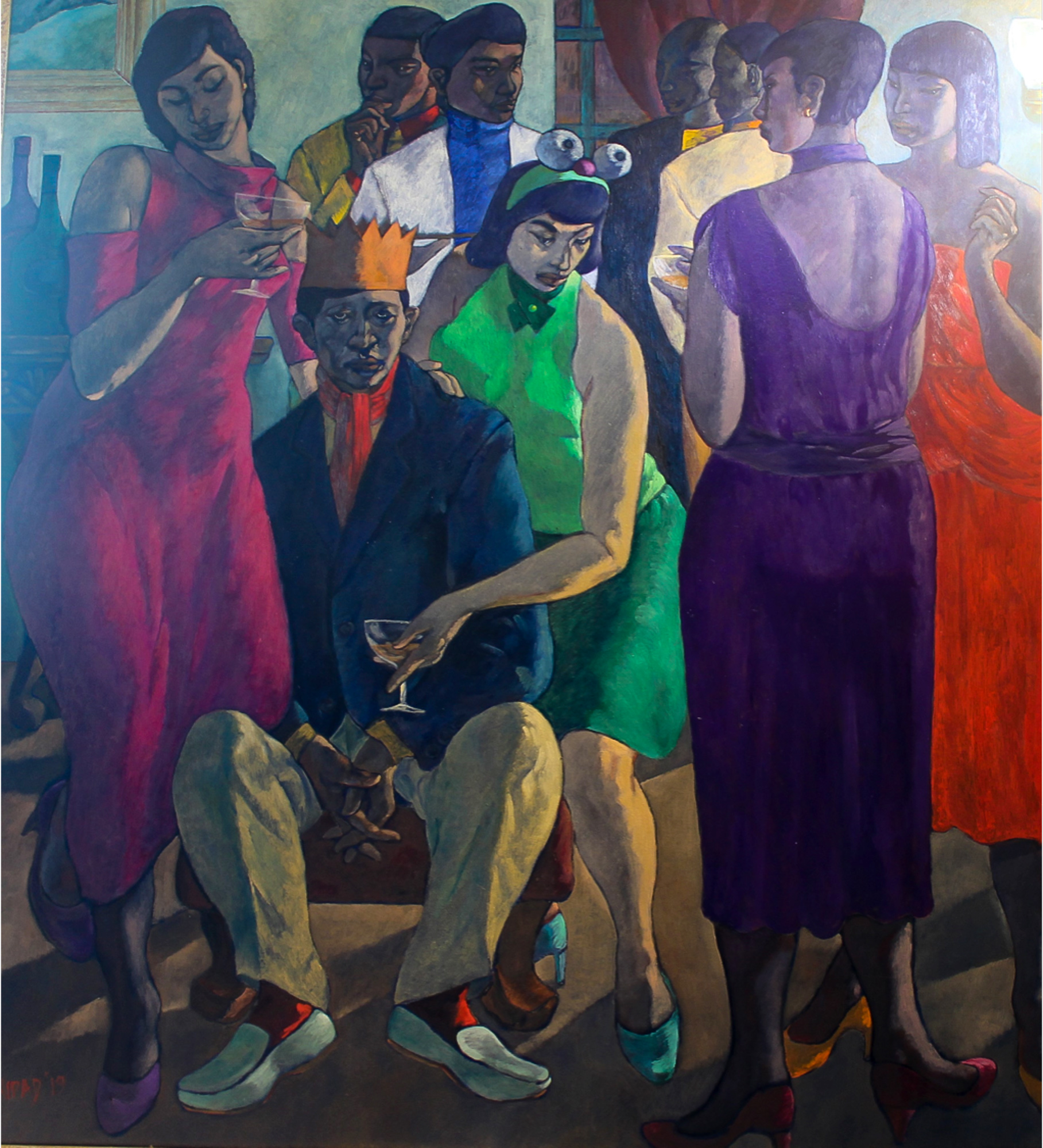 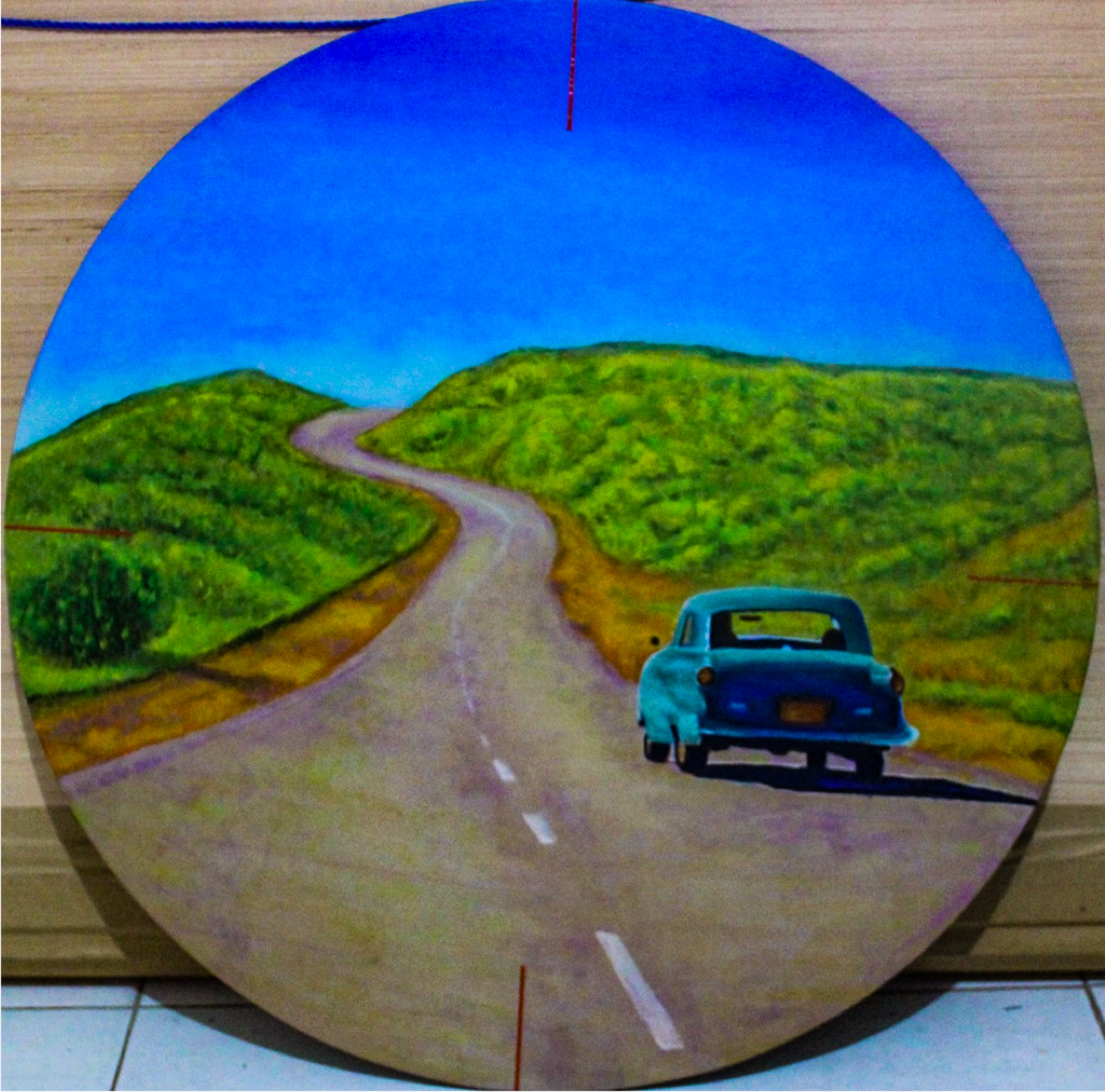 Alaala ng Kahapon
(Inspired by the painting ‘Reminiscing the Past’ by Vic Gamido Jr., 25″ diameter, acrylic on canvas)

May mga diretso,
May mga paliko liko,
May mga kurbada,
May taas baba. 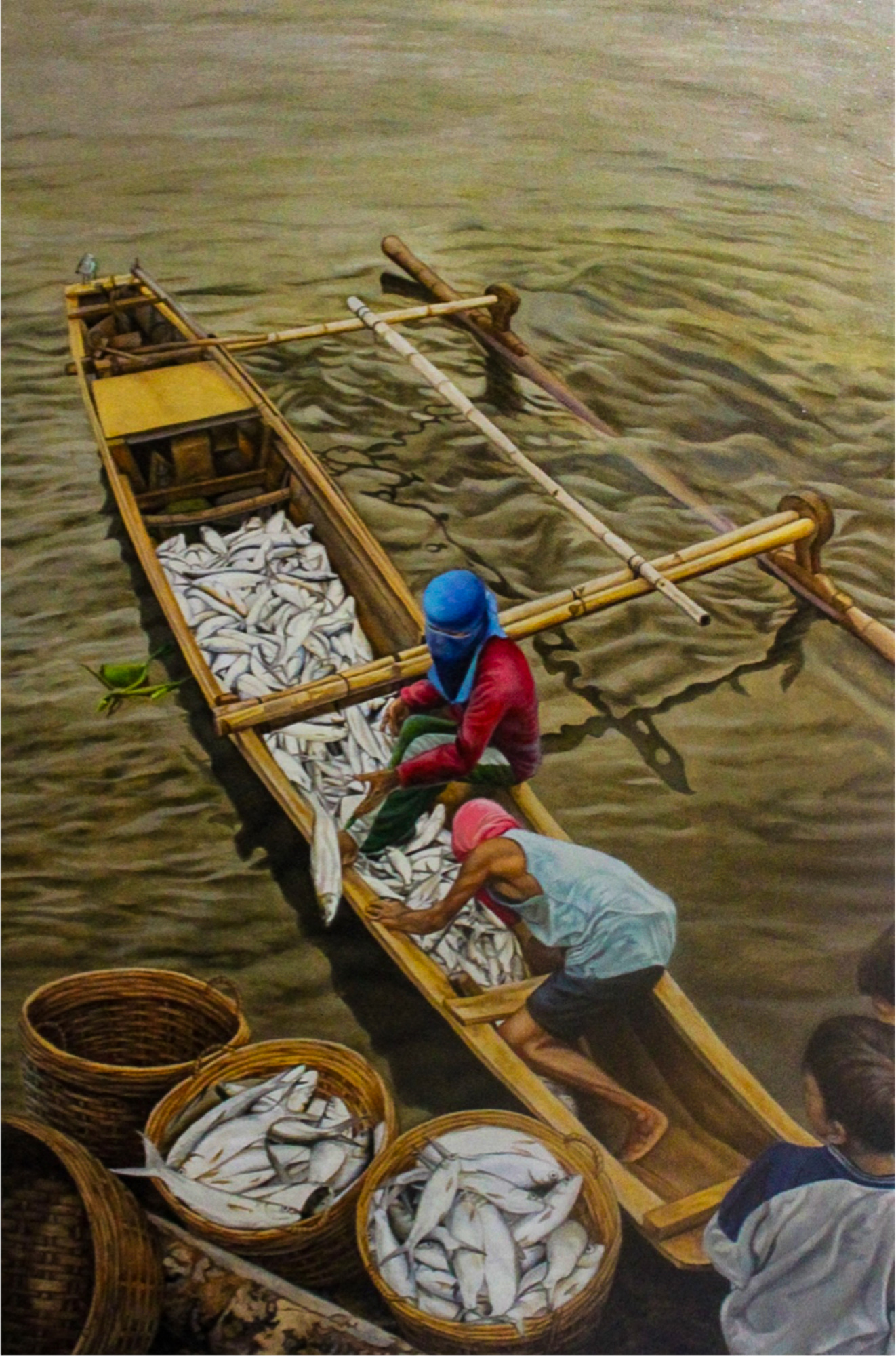 Huwag Kang Susuko
(Inspired by the painting ‘After the Storm’ by Jan P. Blanco) 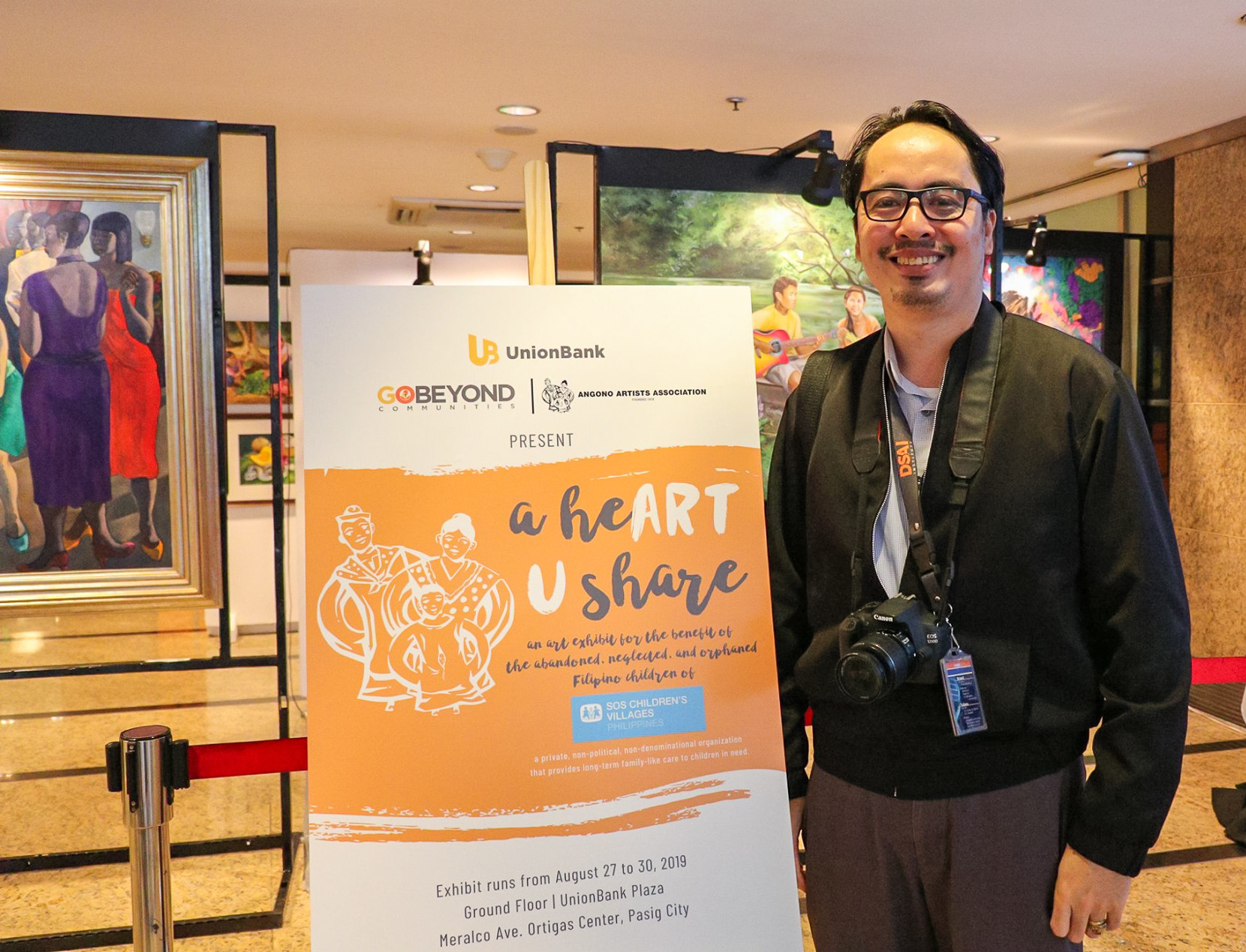