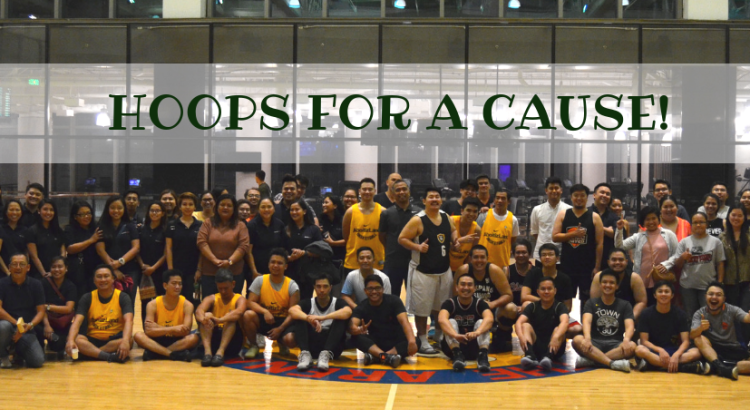 ALL SMILES. The players and various team leaders and members from AEV and AboitizLand smiled for the camera as soon as the game clock expired.

Recently, basketball enthusiasts from the different business units of the Aboitiz Group have been organizing a series of basketball games. Solidified by camaraderie, friendship, and brotherhood, Hoops for a Cause, a charity game to contribute to the company’s annual Christmas Outreach, instantly came to life. A heart-pounding match between the ALand Ballers and A-Balleros took place on November 9, 2018, at the Basketball Court of Kerry Sports Manila.

This initiative was inspired by the idea of breaking barriers across the whole Aboitiz Group to foster better relationships within the community, with the aim of promoting stronger ties and breaking down silos. Hoops for a Cause is also a clear alignment in living one of the Aboitiz Group’s core values which is Teamwork.

Another objective of this event is to support the various CSR initiatives and the “Need to Give Back”. This activity was tied up with the intention to raise funds to be used for the various outreach program initiatives set by both AEV and ALand.  The event successfully raised a total of PHP31,460.

Having spent most of my tenure with the “mothership” (AEV) I see the value in having an “Aboitiz Group” perspective. Now that I am with a business unit, I’ve come to realize that staying plugged in with the group actually requires some effort. So, when AEV pitched the idea to me, I was all for it because I knew that it was a chance for AboitizLand and AEV to get together ,have some fun and connect. We are, after all, a group of Aboitiz employees.

As I remember it right, each of the team members did their part in making this event successful. From the announcement to the invitation [through AGORA 2.0] to the selling of tickets, up to the game proper, everything was planned accordingly. The money earned from this event would put a smile on the kids faces for the upcoming Christmas outreach. I would be glad to play Hoops for a Cause again if called upon. Just like in basketball, there is no “I” in the word TEAM. Each player contributes for the success of the team. 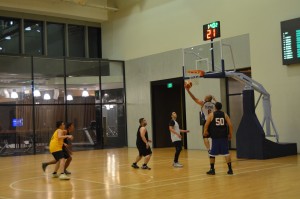 While this was set to be as a friendly competition, both teams gave their best and drew loud applause from the audience until we reached the sound of the buzzer. It was indeed a close match that was then decided with less than 15 seconds left in the game.

With the game tied at 60 apiece, A-Balleros took control of the rebound and quickly set up the pace that targeted a quick basket. Kevin Morales [from Aboitiz Technology Group] released the ball with confidence to sink a game-winning shot as ALand ran out of time to tie the game. Eric Diones from A-Balleros displayed a commanding performance as he put up excellent numbers of 37 points, 11 rebounds, and 4 blocks. Meanwhile, Robin Sarmiento of AboitizLand bagged 12 points and three rebounds, and Alvin Mora supported with 14 points and nine boards. 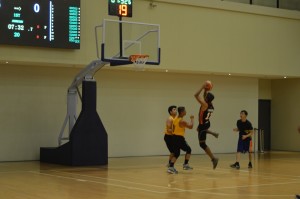 Get ready for more action as the A-Balleros continues to tie up and expand this initiative to the different units! Basketball enthusiasts interested to join may contact Francis Estolano (francis.estolano@aboitiz.com).