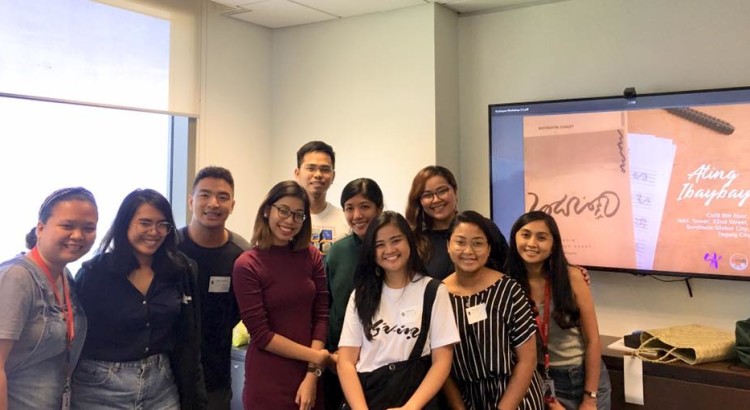 Alibata or Baybayin? What do we really call the pre-colonial writing system used by the Tagalog? Understanding our history as a people leads to a greater appreciation of our arts including our writing systems.

Last July 6, the newly-organized Likhaan A-Club had its Baybayin workshop facilitated by Yen Olay, artist, social entrepreneur, and founder of Baybayen, an organization that aims to raise awareness among Filipinos and promote the rediscovery of what is now being proposed to become our national writing system. Yen’s group conducts training for schools and groups who want to learn the ancient indigenous system, which is seeing a revival in recent years.

At the lecture-workshop, Likhaan members learned about the history behind Baybayin and received individual calligraphy kits to help familiarize them on how to read the different characters. A Baybayin writing quiz was also facilitated to assess their mastery as a group.

It should be noted that being an archipelago, it comes as no surprise that at least 16 different types of writing systems were present around the Philippines prior to our colonization.

The Baybayin workshop is just part of the A-Club’s initiative to teach its members calligraphy, but with an element of culture.

Likhaan aims to ignite the creativity and curiosity of A-people through arts. To join future artsy sessions, you may contact its club president Gil Gonzales.