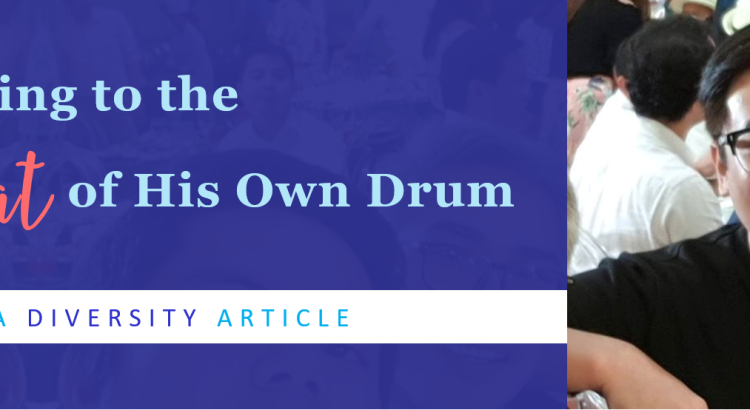 It is said that courage is being yourself in a world that tells you to be someone else. By this standard, there may be no other person in AP as courageous as Oil BU’s Reputation Manager, Ardy Co, who knows his own truth and celebrates it unapologetically.

Listen to your own voice, not the noise of the world 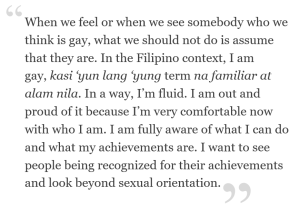 As a proud member of the LGBTQ+ community, Ardy never truly understood why other people feel the need to classify others’ sexuality.
Ardy was no stranger to the struggles of finding his own identity and sexuality when he was growing up. “When I was younger, I always knew that I was different, but I never really knew what to call myself. At a very young age, I refused to be labeled by other people. I needed to discover it for myself.”
Self-discovery, however, did not come easy for Ardy. He attended a Chinese school and was treated differently because of his Filipino looks. His peers, their parents, and even the school administration discriminated against him for not having Chinese features. His appearance, combined with his unconventional sexual orientation, made life at school difficult for Ardy.
“I was in grade school at the time and I remember being assaulted by people who think it’s okay to do so just because I’m different. It happened several times and done not just by my classmates, but faculty members and the school support staff.”
Ardy then began to measure his self-worth through his achievements. He would later realize, however, that this is not how one can truly know who he is.

“But it doesn’t necessarily follow na when you’ve proven yourself and achieved so many things, that you’ve discovered yourself.”
Ardy then learned that coming to terms with one’s own self is the key to being at peace despite what others may say. “Knowing what I know now, what I would have wished siguro is, I should’ve discovered myself earlier. It’s more liberating. In a way, it made me stronger, more resilient. It made me come to terms with my own weaknesses and strengths.”

Ardy worked in the BPO industry for most of his career prior to joining the Oil BU. He admits that he had hesitations in leaving an industry that’s more accepting of the LGBTQ+ community for a company which he viewed as traditional. He was pleasantly surprised to see that it’s not the case.

Ardy also shares his positive experience with the Oil BU leaders. “What I like about working with my leaders is you can always talk to them any time without you feeling that you are inferior. They treat me as a professional and with such maturity. It’s an indication that you are in a good company.” This is a welcome feeling for Ardy since he also experienced being discriminated against during the early years of his career. 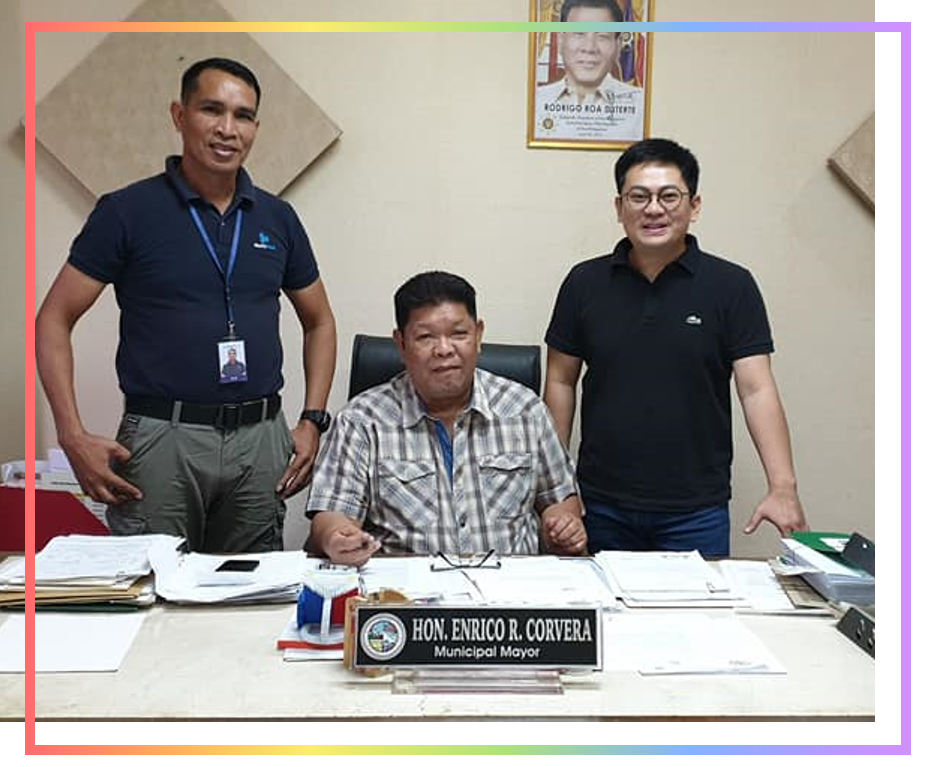 As a Reputation Manager, however, Ardy still sometimes feels the weight of being the face of the Oil BU. “There are times na I will be meeting with an LGU executive, like a mayor or a governor, and in my head, nandun pa rin ‘yung tanong na, should I conduct myself in a formal way?” At the end of the day, Ardy would always choose to be himself, remembering that real professionalism extends beyond just gender.

Ardy credits this mindset to AP’s culture and his supportive colleagues. “It’s inspiring to be with people who know what they’re doing and who inspire others to become high performers… to go above and beyond the call of duty. If there’s something I learned here in Aboitiz, it’s that mediocrity is something na hindi talaga accepted. I do feel that I’m different, but I’m part of a workgroup that is open and not superficial. We talk about work and how to become a better team. They help you in every single way.”

There’s more to us than boxes or labels

On top of being a high performer at work, Ardy is also a proud single father to his almost 13-year old son. Being aware that their set-up does not conform to societal norms, Ardy makes sure that his son will not experience emptiness. “We’re trying to break barriers. The concept of family in the country is still very traditional. It’s very difficult for me as a single father but thankfully, not much of a problem for my son since he grew up with so much love within our family. When you have that much love surrounding you, it eliminates questions and doubts.”
Ardy hopes that his child will one day understand everything. “I’m very proud of him. He might not understand what’s happening now, but if he ever gets the chance to read this article, he would know how proud I am of him. When you have a child, andun ‘yung feeling na you have to shield him from negativity, pero I realized that he also needs to understand that it’s not all about rainbows and unicorns. He has to see the goodness and the ugliness of the world. I want him to experience all the emotions para he would discover his goodness. I believe that in any situation, kindness is something innate to everyone, you just have to nourish it.”
His faith in people’s innate goodness makes Ardy hope that despite the stigma associated with the LGBTQ+ community, people will realize that there is more to everyone than meets the eye. “Being gay is a struggle in itself. It’s disheartening to live in a world where we just tolerate others but there’s no acceptance.”

Although it may be hard to change the world overnight, Ardy believes that small steps will eventually open people’s minds. “I speak my truth. It’s better to be given negative feedback or comments for it. I, at least, stood up for something I believe in. Just inspiring one reader from this article would be enough for me.”