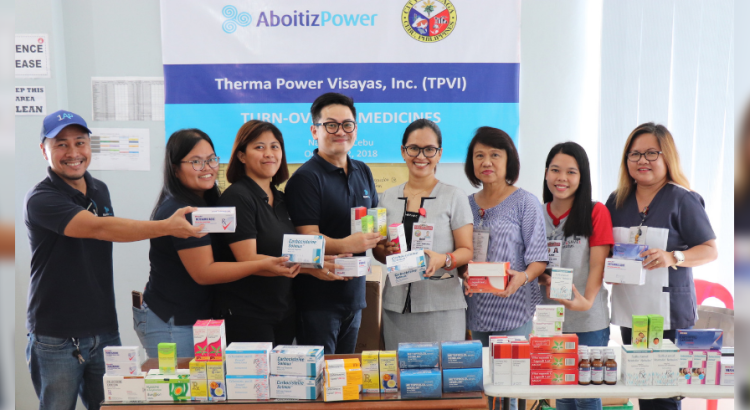 Flordeliza Lapitan tried to keep her composure as she shared about her 9-year-old son Jack’s stomach pains with the resident health worker at the Enan Chiong Activity Center (ECAC) on the morning of October 12.

Her voice was calm while answering the nurse’s questions like how long has Jack been feeling that way or what could he have eaten in the past few days that might have caused it. Underneath the consultation table, however, she was fidgeting with her hands and her red, puffy eyes revealed she hasn’t had decent sleep in recent nights.

(My son was just getting better from fever two days ago and now he’s complaining about a stomachache. He’s also started showing signs of cough and colds. Any parent whose child is going through all this in a place that isn’t home would be worried sick.)

Jack caught a fever about two weeks after their family moved to ECAC in the City of Naga, Cebu, where more than 350 other families or close to 1,500 individuals were evacuated after a massive landslide struck Sitio Sindulan in Barangay Tinaan last Sept. 20.

Evacuees at the ECAC, as well as thousands of others across various evacuation centers spread across the city and the neighboring town of San Fernando, have learned to disregard personal space.

The evacuation center’s bleachers explode with bright hues of red, yellow, blue, and green as if banderitas were haphazardly strewn across the place, but these only turn out to be belongings of the hundreds of families staying there.

While some have folding beds, most of the evacuees sleep on mats on the floor, with no partitions separating one family from another.

“We’re doing fine here because our basic needs are provided, but it just isn’t home. Since we can’t go back yet, we’ll just have to endure this as a family,” Flordeliza said.

Dr. Porferia Daclan, ECAC camp manager, said that the most common health problems they have encountered in evacuation centers over the last three weeks are colds, cough, fever, as well as occasional cases of diarrhea.

“This is most likely because of the congestion and the humidity. While everything is still manageable, we could use all the help we can get,” she said.

“On behalf of the City Government of Naga, I would like to thank Therma Power Visayas Inc. for donating the medicines we need as of now, considering the recent landslide in Sindulan. May we continue our partnership in bringing Naga back to what it has always been,” Bacomo-Lapitan said.

This donation came after the AboitizPower Oil Business Unit, Visayan Electric Company, and the Aboitiz Foundation provided relief assistance to over 700 families in Naga last September 22. Each family received a relief pack with food, toiletries, five kilos of rice, and four liters of water.