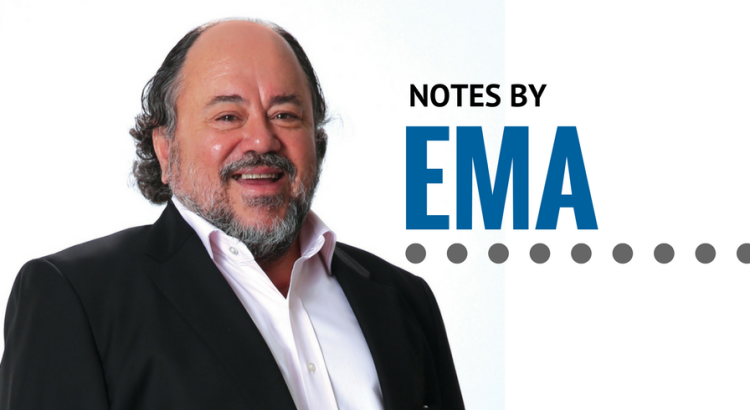 I know that what I am writing is not completely accurate. Much of what I write are ideas and thoughts I have collected and found agreement with. I am happy to be corrected by the facts and by the opinions of others. These are, until corrected, merely my take on the subject which purpose is to trigger discussion.

The people of a country want their government to make their lives better. They neither care about the popularity nor the legacy of the leader. They don’t care if he is re-elected or not. They might not even care too much if their leaders make a little money on the side so long as they make life better for them.

This is something that we are seeing all leaders in the world elude almost completely – the better lives of their people. They give less and less of a hoot what the lives of their people are like. They are now even affecting the lives of the grandchildren of the present voter by loading them with so much debt that it will take two generations to pay it down. We are not even talking of sins of omission. These make the sins of commission look like the top of the iceberg.

Government essentially has one job and one job alone, and that is to create an atmosphere that generates new jobs, improve existing jobs – employment and underemployment – and to make life better for their people.

They forget that they only need to focus on three main points of their agenda:

People have to be able to choose how they want to live their lives in a liberal society where biases and prejudices are diluted or kept at home in quiet.

When the Freedom of Religion is assured all other Freedoms follow. Without the Freedom to pray to any and all Gods no other freedom is assured.

Creativity, innovation and the adaptation to change comes from freedoms.

Does what happen in the world matter to us? Very much so, as the wind blows set from California. Social media makes sure that the water of thought seeks its level worldwide, and often with false information and distorted ideas.

Today, it is simple democracy – one adult one vote. This may evolve to one that gives more value to some votes that are more informed. We don’t know. We know it is an unwieldy system that has its dysfunctions, and that we need to live with it until we find something better.

The people don’t want government taking over their lives at an exorbitant cost and with increasing inefficiencies. Sins of omission and sins of commission are a government disease.

Government must manage only what other sectors cannot. The educational system worldwide is provided at double the cost compared with the private sector, at the minimum, and at a much lower quality, which drives inequality. Education was to be the great equalizer. It is turning into the great un-equaliser. Government-controlled water systems, expressways, airports et. al. always, without fail, run at higher costs and at worse levels of service compared with the private sector.

IF SOMETHING IS OF NATIONAL INTEREST AND IS A NATIONAL SECURITY ISSUE, TAKE IT AWAY FROM GOVERNMENT.

Pension funds are being sequestered by governments. Healthcare is being provided at costs that are going to result in the bankruptcy of governments. Debts are piling up at exponential levels worldwide. Even military budgets are increasingly composed of mostly personnel costs.

At a time when change is coming to governments at exponential rates, they don’t have the time to adjust, nor the resources to maximize those changes. Robotics, artificial intelligence, driverless cars and trucks, et. al. are going to take away jobs. New ones have to be created in service industries that need a personal touch, like tourism. Hey, legalize prostitution if you have to, to create jobs safely.

What is the solution that is being proposed? Universal Basic Income. Now we are going to strip people of their dignity and run the printing presses to pay for it.

The very basics of success in life, which start with meritocracy and continue with hard work, are being bypassed. Give everyone the same basic income whether they work or not? Gates is suggesting we tax robotics to pay for the disruption in employment – he may have an argument!

How are were going to keep government accountable? It’s a battle that is being lost worldwide. Obama was elected to do something about inequality – did he just make it worse by helping the financial institutions and forgetting about those jobs hurt most by disruption? Is this the real reason Trump won or was he just smarter at managing big data? Read Listen Liberals by Thomas Frank.

I think that we are seeing changes in administrations, with changes in government or governance for the worse. In our economy, we are fortunate that government is a small part of GDP – about 15%. Let’s make sure that we keep it that way, slightly above the service charge in a restaurant which is 10%.

If you go to all government offices and all churches in our country, there is a mission statement all over the walls that you do not see.

Their Mission Statement is 100 Million poor Filipinos by 2020.

They are losing because, over the past three decades, we have privatized our economy, because globalization has facilitated jobs for our people worldwide and because technology has made us the preferred BPO location in the world. We are finally listening less and less to the priests. Education is helping more and more realize that the greatest story on earth is just that – a story. Both entrenched political dynasties and the church want to keep people under their control. To do that, they need the country poor.

Despite our government and the church, we are on the way to the eradication of poverty in our country. We can do so in 14 years or in 20. If we continue to grow at 7%, we will double our economy twice to a USD1.2 trillion economy. If we grew at 10%, we would achieve same in 14 years. What is keeping us from eradicating poverty? Government inaction. Just watch the news. Is it about expressways being opened or is it about some telenovela?

All over the world, we are seeing it – administrations changed, while governments and governance do not. We are lucky that in our economy, government is small so the amount of damage they can do is limited. We see more resolve in our present administration. They can make some changes. I believe they will in the infrastructure front. Let us hope they are able to achieve the tax reform they hope for as this will change things considerably for the majority that live in our economy.