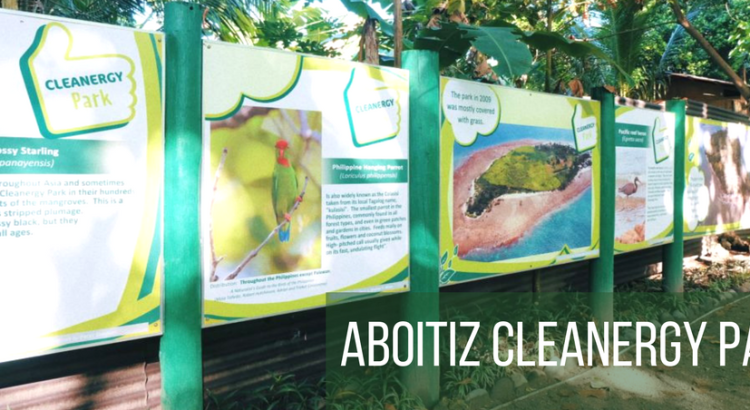 Davao is home to many cultural and gastronomic treats. But few people know that it is also where the Aboitiz Cleanergy Park is, an ecological preserve tucked away in the southern edge of Davao City.

During her recent trip to Mindanao, travel and lifestyle blogger Kira Ramirez visited the sanctuary. Read about her trip to the Cleanergy Park and how Davao Light and the Aboitiz Foundation maintains balance in this peaceful patch of nature.

Located in Sitio Punta Dumalag, Cleanergy Park by Aboitiz is a biodiversity park, as well as a bird and sea turtle sanctuary. I was toured by Sir Fermin (Davao Light Corporate Relations Manager) around the 8-hectare property where he showed me the Hawksbill Turtle nesting sites. Cleanergy is one of the few identified nesting grounds in the Philippines.

Cleanergy is made entirely out of repurposed materials. Sadly, Sir Fermin shared that they encounter 30 sacks of trash per day that’s washed in by the tide. They hope to be able to participate in the Ecobrick Movement so they can repurpose them and create useful pieces out of these discarded non-biodegradables. 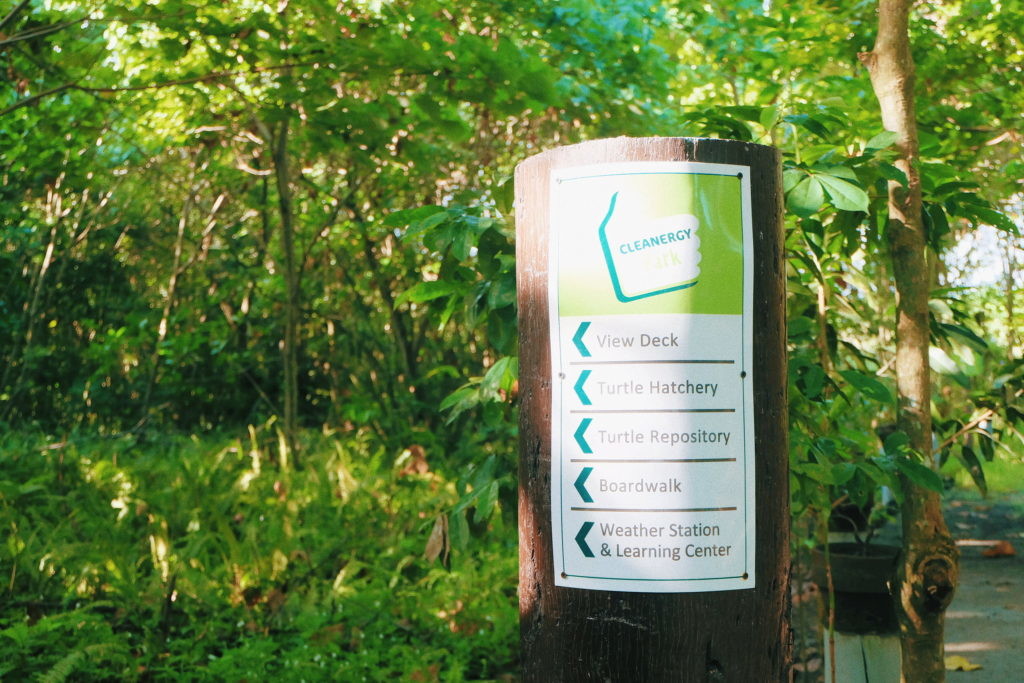 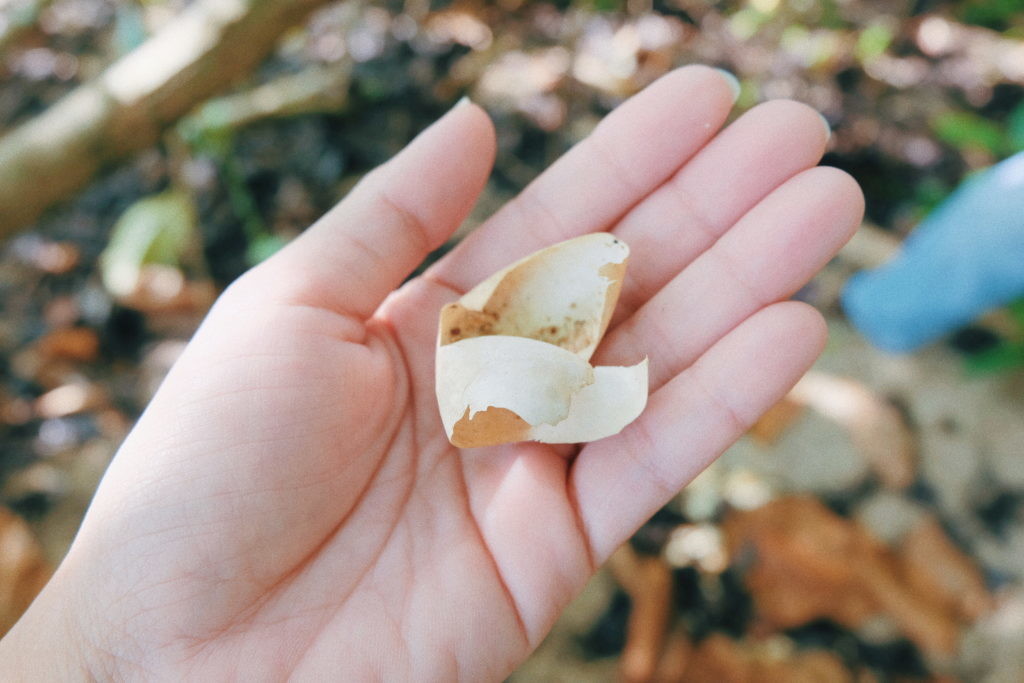 There are also 2 turtles that are [temporarily] being rehabilitated here. This is Coaco 2, siezed due to illegal pet ownership. Raised in captivity, she was treated as a dog and as such is used to receiving pats on the head. She was hand-fed most of her life and her previous owner even fed her lechon (roast pig), as such she has to weaned off of red meat before she could eat seafood again. Blind in one eye, she won’t be released into the wild since she will be unable to hunt and find food on her own. 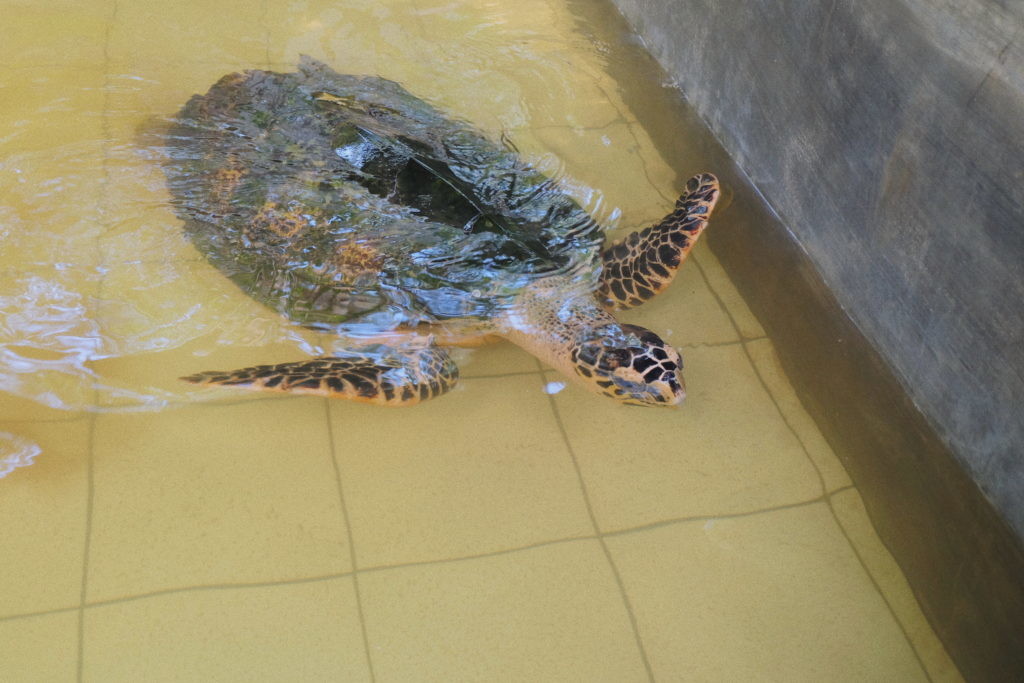 Birdwatching is also popular here and I met two bird watchers from Europe that day. Both regularly come at 8:00 AM to watch and identify the birds. 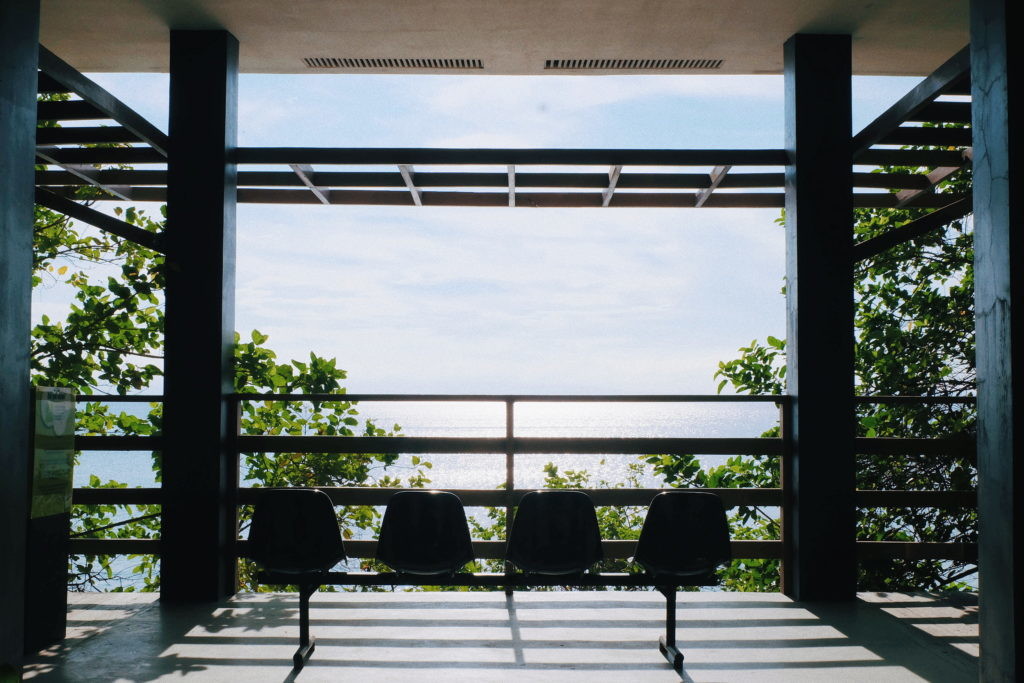 Visit Kira’s blog and read more about her adventures!