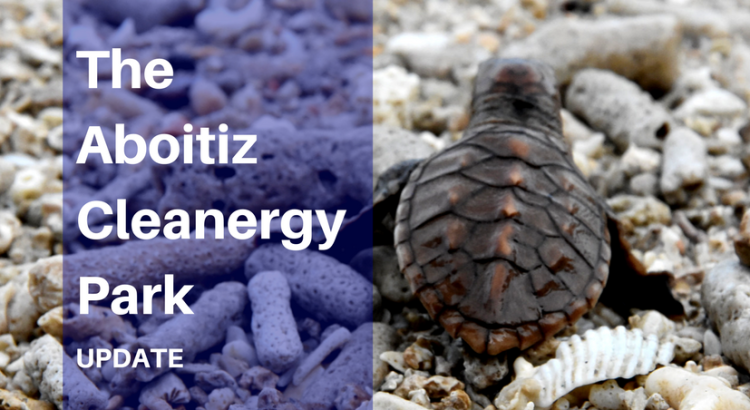 More and more pawikans have been making the Aboitiz Cleanergy Park in Punta Dumalag, Matina Aplaya, Davao, their nesting grounds. This translates to a higher number of hatchlings released from the park, bringing us closer to our goal of a thriving marine ecosystem with a larger pawikan population.

The Aboitiz Cleanergy Park is an eight-hectare ecological preserve that showcases urban-based habitat conservation and biodiversity management. It is home to the critically endangered Hawksbill turtle (Eretmochelys imbricata) and various species of endemic and migratory birds, as well as numerous plant species. In 2017 so far, 11 nests have been discovered and 1,130 pawikan hatchlings have been released back into the sea, with more expected to emerge from their incubation in December 2017 and January 2018.

Since its establishment in 2014, the park has involved government agencies, civilian organizations, educational institutions, and the general community in raising awareness on the importance of keeping a balanced ecosystem and the function of wetlands and mangroves in guarding against the effects of severe weather conditions. Some of the agencies that have visited the park in 2017 were the Department of Environment and Natural Resources and Mindanao Development Authority. Among its many guests, noteworthy was Mayor Sara Duterte’s participation in the first pawikan hatchling release of the year in March. 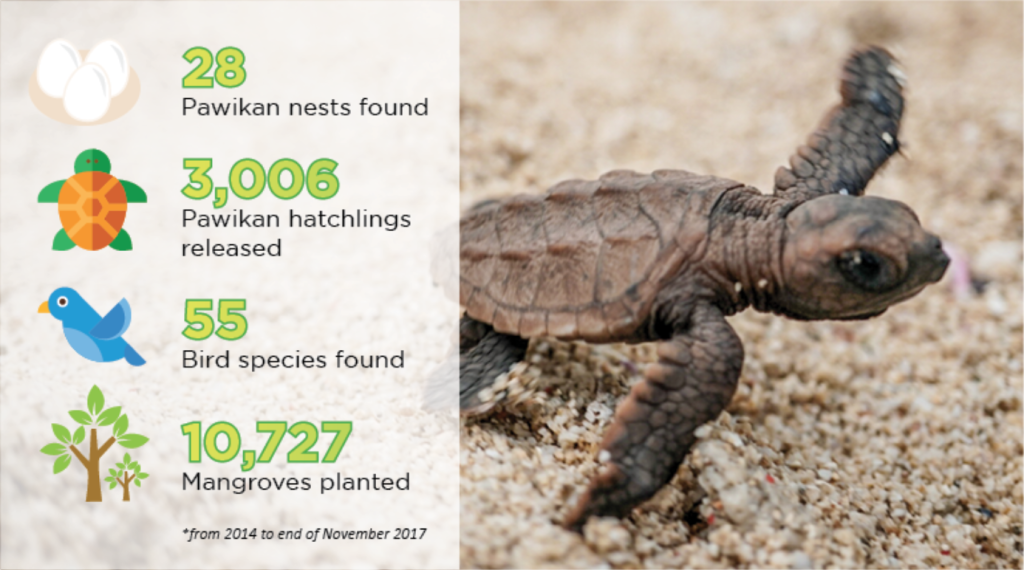 As an emblem of the Aboitiz Group’s sustainability mindset, the Aboitiz Cleanergy Park serves as a prime example of a harmonious co-existence between people and nature – an essential component to our promise of Advancing Business and Communities.