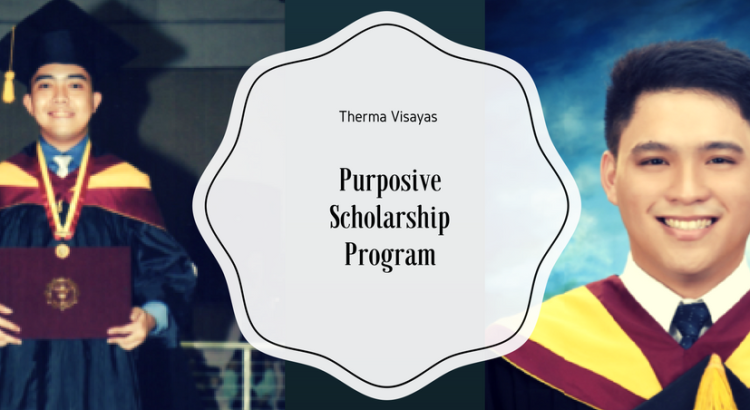 At first glance, Samuel Loyloy and Paul James Libron have nothing in common except for the fact that they graduated with honors in engineering from the Cebu Institute of Technology-University (CIT-U).

But the two young men, who barely knew each other at CIT-U, have had to face the same challenges that bugged others in their generation.

Paul James had to work double time to match his own siblings’ academic competence, while asserting his own identity, particularly in sports. Because of his name, people expect him to play basketball, but Paul James has honed his skills in scrabble.

Samuel, on the other hand, nearly had to quit his studies because of his family’s financial challenges. He was forced to shape up, and forego computer game sessions with friends, so he would qualify for a scholarship.

Samuel and Paul James are among the 10 CIT-U students who received scholarships from AboitizPower subsidiary Therma Visayas, Inc. (TVI) for the school year 2016-2017. Under the TVI Purposive Scholarship Program, scholars received full tuition assistance, allowance for books and monthly stipend.

Further, a TVI scholar from the University of San Carlos, Kelvin Garlet, graduated with a degree in electrical engineering.

The scholars thanked AboitizPower and TVI for the assistance that came with their scholarships. “The scholarship pushed us to work harder and study more,” Paul James said.

Samuel said that the scholarship served as a lifesaver for him and his family.

“Because of the scholarship from AboitizPower, my mother and my stepfather were able to focus on the studies of my younger siblings.”

Alexander Asuncion, AboitizPower corporate services head (generation group), said that AboitizPower launched the scholarship program as part of its commitment to provide a better future to deserving students and to contribute to the economic development of its communities.