UnionBank recently launched eight more new ARKs, or fully digital branches, in key locations in the National Capital Region, Luzon, and the Visayas. This now brings the total number of ARK branches to 25, with 11 opened in 2018 and another five were added early this year.

The latest batch includes many firsts: the first ARK in Iloilo (Iloilo Iznart), first ARK in Pampanga (San Fernando City), first ARK in Cavite (Binan, Carmona) and first ARK in Pasay City (Macapagal Avenue). This is aligned with UnionBank’s objective to have at least one ARK in every province or city.

Meanwhile, another ARK was built near the Bangko Sentral ng Pilipinas on UN Avenue, Manila and one in Katipunan, dubbed as Quezon City’s university belt. The remaining two are in HV Dela Costa, Makati City and Pandacan, Manila which will cater to the corporate segment.

Our digital queueing system has reduced transaction time for our major transactions by half. On top of making it faster, we are making our clients feel special, as we call them by names instead of numbers. And because we are digital, we have been able to eliminate the use of paper, and in the first half of July, we have processed over a hundred thousand paperless transactions. 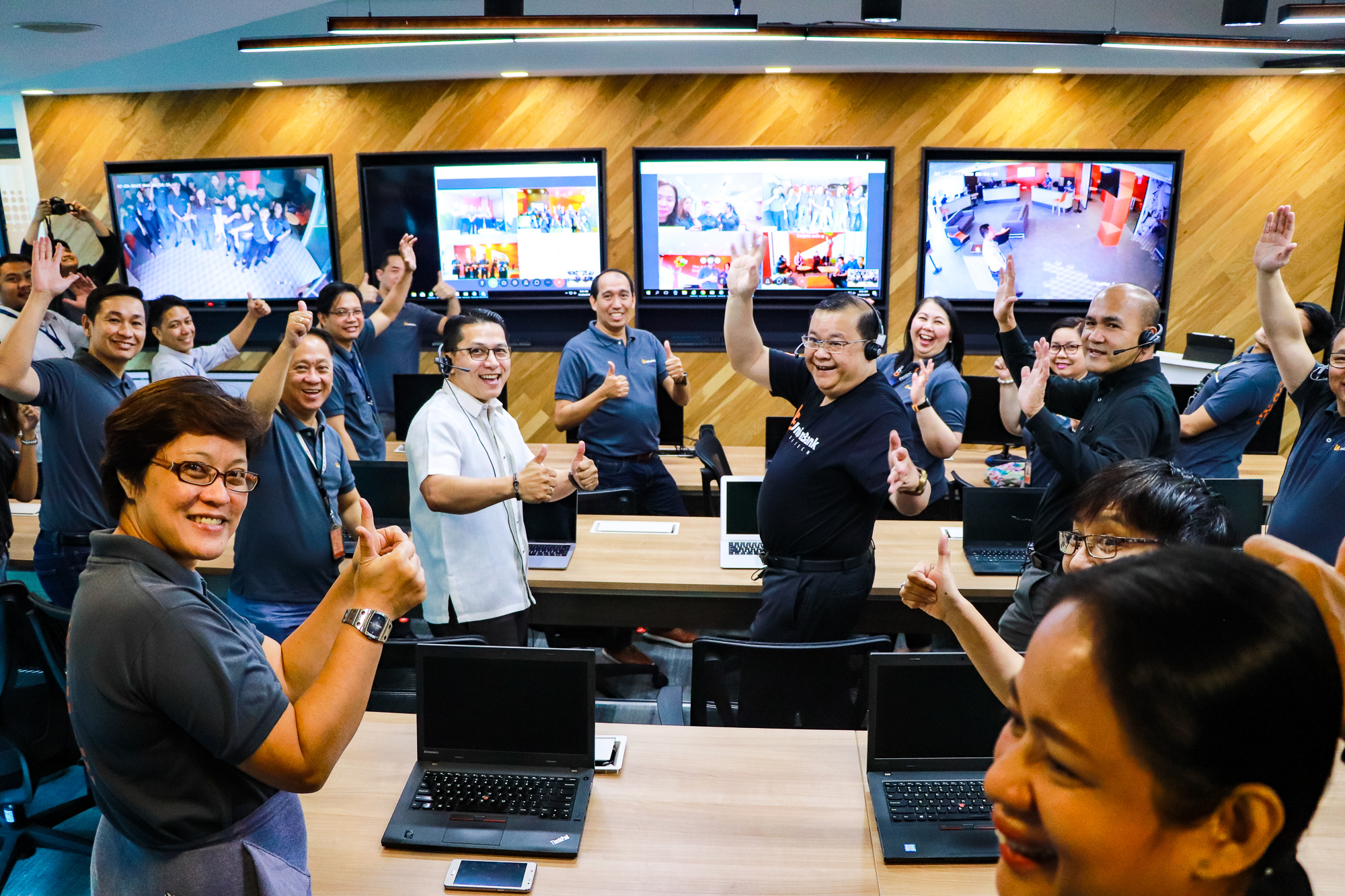 UnionBank president and CEO Edwin Bautista shared how he and chairman Justo Ortiz made a promise to the market three years ago that by the turn of the decade, they are going to digitally transform UnionBank.

“Sitting here today and experiencing what I have experienced in the last few weeks here in the bank, it’s like saying ‘Houston, the eagle has landed’,” Bautista said, referring to the iconic phrase made when the first men on the moon landed their craft.

“It is appropriate because it is the end of the decade and were a year ahead of schedule. And it’s not just this. Last week we also introduced the first stablecoin in the Philippines, and the first pilot for a blockchain-based funds transfer, cross-country by a bank in Southeast Asia. These are all major milestones.”

Through them, UnionBank aims to provide an exemplary customer experience on all touchpoints in the branch – from self-service machines to tablets and branch ambassadors. To make the experience more relevant, each branch is designed to prioritize services that match the needs of the clientele depending on the location.

The first ARK, located on Ayala Avenue in Makati City, is the country’s first fully digital and paperless branch and was launched in September 2017. It has won numerous recognitions around the world, including Best Branch Customer Experience in the Asia-Pacific at the Retail Banker International Customer Experience Financial Services Awards, Top 14 best bank branch designs in the world by finance website The Financial Brand, and Most Innovative Digital Branch Project by The Asset Triple A Digital Awards 2018.