Making our surroundings greener and more sustainable is a community activity. In June, people from different walks of life gathered at the Aboitiz Cleanergy Park to do their part in protecting the planet in celebration of the country’s environment month.

The Local Government of Davao City through the City Environment and Natural Resources Office (CENRO) celebrated its annual Ecofest in June, where two of the activities were held in the Cleanergy Park.

The Ecofest Davao is a month-long celebration of the City Government of Davao that is held in June. This aims to promote positive environmental actions in Davao and improve environmental awareness within the community. This year’s theme is “Connecting Dabawenyos to Nature, Building Sustainable Davao City through EcoAction and Collaboration”.

The City ENRO organized two events at the Aboitiz Cleanergy Park. The first event was the E-Tanom or Itanom, which is a Cebuano word that means to plant, held on June 8. Around 50 youth members of Let’s do it! Philippines planted mangrove propagules near the shore of the park.

The other event was held on June 26 and was called the E-Suroy or Isuroy in Cebuano, which means to Tour. The E-suroy was held in partnership with the City Social Services and Development Office (CSSDO). This was meant for the children who are now under CSSDO’s care. The children were toured around the park and were educated on how they can help protect and save the endangered sea turtles.

Members of the Davao Sunday Runners Club, headed by PDEA Director General Isidro Lapeña and Davao Light EVP and COO, Engr. Rodger S. Velasco, also planted a total of 300 mangrove and molave seedlings in the Cleanergy Park on June 18, 2017, as their contribution in celebration of the environment month. 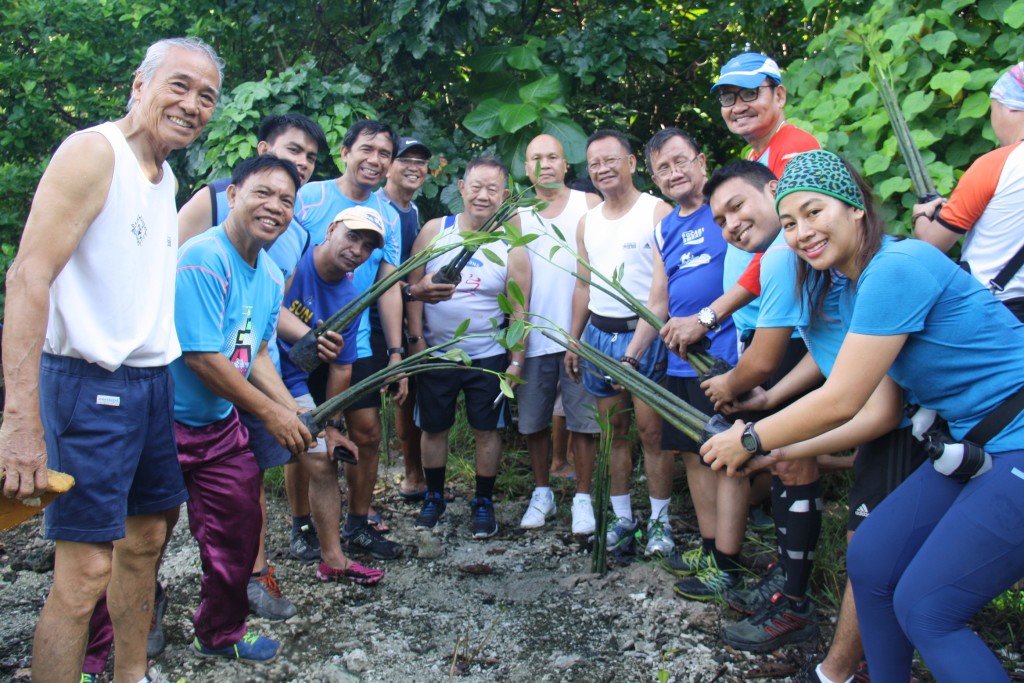 The Aboitiz Cleanergy Park is a project of Davao Light, a subsidiary of Aboitiz Power, in partnership with the Aboitiz Foundation. It is a biodiversity park that is aimed to preserve the pawikan nesting grounds, be a home of many thriving bird species, and help maintain ecological balance for other sea and land creatures.